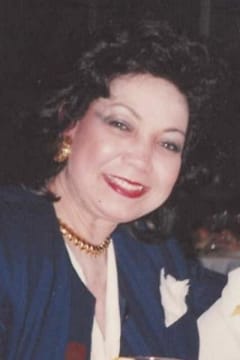 Private Graveside Service will be on Tuesday, May 26, 2020, 1:00 PM at Westview Cemetery. If you want to join us in spirit, the service will be livestreamed at rudeandaggett.com

Public Viewing will be held on Monday 2pm-6pm

Rudean Daggett was affectionately known to her family as, “Dean Dean”. She was the first born child to the late Milton McGhee and the late Jackie Logan McGhee. Born in Atlanta, Georgia in 1930. She attended Booker T. Washington high school where she played the clarinet in the high school marching band. Her love for music continued at Morris Brown College. It was her participation in the Morris Brown College band that she met the love of her life, Herman Daggett. They were married in 1954, they brought two girls into the world, the late Millicent Daggett and Deborah Daggett Henry. Rudean worked after college, as a dental assistance in Avondale before she married and moved away. Living as a military wife in many different places in the world, she started her career teaching kindergarten in Biloxi, Mississippi. After my father served his country for 20 years in the military, my family permanently settled in Atlanta. It was in Atlanta she continued a 25 year career with Atlanta Public School System. She held several positions in her 25 year career, but the most rewarding job, was working in the Superintendents Office, under the direction of Superintendent, Alonzo Crim. Together, Rudean and her family traveled to many exotic places during her husband’s military career. She lived in Morocco, North Africa, the lovely island of Oahu, Hawaii, and many cities in the United States. It was these experiences that ignited her love for traveling. Being exposed to many different cultures and foreign lands she loved the ocean and meeting new people. Rudean “Dean Dean” was a loving and dependable wife, mother, sister and friend. Her loving husband and her daughter, Deborah Diane were the cornerstone of her life. It was her primary goal to be respectable and treat others as she wished to be treated. Rudean was baptized at an early age in the United Methodist Church. She later joined the Red Oak Baptist Church, here she served as chairman and speaker for Women’s Day for many years. She taught vacation bible school, and worked tirelessly to fund raise for her church throughout the years. She touched the lives of her brothers and sisters, brothers-in-law, sisters in law, cousins, nieces, nephews, friends and neighbors. Her gentle quiet spirit coupled with her desire to exhibit excellence in her life is the reason why we will always hold her memory close to our hearts.

Send flowers to the service of Rudean Daggett