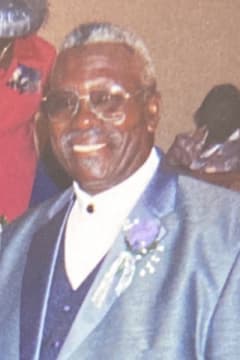 The journey of life for Deacon Frank Allen began on Wednesday, May 22, 1935 in the town of Allendale, South Carolina to the parents of Steve Allen, Sr. and Alice Adell. Frank was the third child of four children born to the Allen’s. He was born after the 1929 depression when times were hard especially for African Americans. During that time, it was thought that children should work to help their parents rather than get an education. At an early age, his parents separated, and he was raised by his mother Alice. His mother taught her children to always go to church and have faith in God.

As a young child, Frank was eager to learn what he could for a honorable life. As a teenager, he worked in Allendale doing any small jobs he could find to help financially support the family. When he became a young adult, he worked at the Allendale Coca-Cola plant located on Highway 278 now known as Allendale-Fairfax Highway; the old building is still standing today. Having no formal education, Frank was eager to learn and worked hard at becoming self-employed as a mechanic, carpenter’s assistant and he began his small lawn care business.

As a young man, he met, dated and began to love the former Helen Wright. They got married and to this union, one son was born, Ronnie Allen. As life’s journey goes on, things happened and the couple separated and Ronnie moved away with Helen. Frank did not have any further contact with Ronnie. Frank lived in Allendale for a while then later relocated to Jacksonville, Florida. As life goes on being a young man and single for a while, he thought he would try love again. He met and married Thelma in Jacksonville. After a while, the couple separated, and they had no further contact; there were no children born to this second union. Still living in Jacksonville and more mature and getting closer to our Lord and Savior, Frank joined the Pentecostal Church of God in 1968. There he met Ernell Elaine Zelner. The love bug struck again and Frank and Ernell were married in 1975. Ernell had two children: Alfrella and Alfred better known as “Dude”. These children became the love of Frank’s life and Dude was the son he did not get to know. There was a great love between Frank and Dude “until death they were still father and son.” Ernell preceded him in death and departed this life on January 2, 2015.

As Frank continued to work in the church, he was ordained as a Deacon of the Pentecostal Church of God in Jacksonville. He relocated back to Allendale and continued his work at both the Allendale and Jacksonville church locations. He served well in both churches. While in Allendale, he lived with his sister Mary. He loved his family. When he was in Jacksonville, he talked to his sister Mary every day at least two or three times a day. After moving to Allendale, he talked to his sister Ruby at least two or three times a day. He helped take care of his sister Mary although he was sick as well. He never complained about his illness. Frank loved his family and was willing to give and do whatever he could to help them. He showed love to everyone he met.

Frank’s health was declining and he became ill. On December 30, 2020, he was hospitalized at AU Health in Augusta, Georgia for over two weeks. His last words to his niece Odean was “I love you all.” He was released from AU Health and was transferred to Pruitt Health in Estill, South Carolina on the evening of January 19, 2021 for rehab. Deacon Frank Allen was tired and God knew he was tired. His life journey on this earth ended at Pruitt Health as he transitioned to a new life during the early morning hours of January 23, 2021 at 2:00 a.m.

Send flowers to the service of Frank Allen

Honor the life of Frank Allen