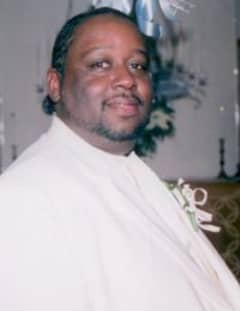 Milton Keith Abrams, the second son of the Reverend Joseph Abram, Jr. and the late Mildred Wilson Abram, was born July 30, 1970 at the Somerspoint, New Jersey hospital. His parents returned to Marion, South Carolina in 1972 with Keith and his elder brother, Joseph III. The two brothers were joined later by two siblings, Michael and Millicia Jo in 1973 and 1977, respectively.

Keith attended the public schools of Marion County; graduating from Marion High School. Keith found his way to Allendale, South Carolina after his father, a United Methodist Pastor was appointed to the Allendale-Barnwell area and decided to open a restaurant. Keith became one of the primary cooks at the family-owned business named “Oasis” working alongside his mother. The restaurant closed, his mother passed away and his father retired and left the area. Keith stayed put, but while he was working at the restaurant, he was scouting for another opportunity. There was a customer with whom he desired more than a frequent visit but rather a continuous stay. He had suddenly found his dream girl , a young lady by the name of Remae. Every since that fate meeting, Allendale has been his home and since he was a product of the church it is not surprising that he would later join her at Beulah Baptist Church.

On Tuesday, January 7, 2020, the ordeals, challenges, pains and disappointments ended for Keith as he transitioned from this old world to his eternal home. Knowing Keith, he did not just go off and leave Remae or us, but to checkout where the next reunion will be held.

Friends may call at his residence or at the funeral home.

Send flowers to the service of Milton Keith Abram