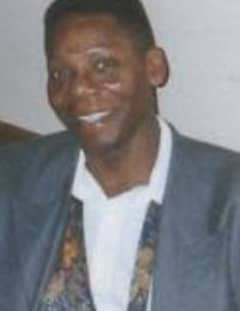 In 1940 Franklin D. Roosevelt was president. Forty hour wages went into effect. That was good news to everyone. But the greatest news was unfolding in Martin, South Carolina, in Allendale County. Eli and Bertha Bassett became the proud parents of a baby boy; they named him Roosevelt Bassett.

Seeking God’s direction and guidance, at an early age, he joined and was baptized at the Doe Pond Missionary Baptist Church in Martin, SC where he served as an usher until he left South Carolina in 1961.

Roosevelt graduated from Allendale Training School in 1961. He knew there was a better life for him other than picking cotton, so he moved to Philadelphia, Pennsylvania. God blessed him to get a good job at Orrefors Crystal Company in Mt. Laurel, New Jersey.

Roosevelt supported his mother and two younger sisters, Josephine and Nora back home. In 1974, Roosevelt opened an antique business in Englishtown, New Jersey. He did very well in this business, which he kept, until he moved back to South Carolina in May 2019.

He liked working with his hands. Many people knew him for his artistic skills. His main artistic skill was with wood. He had the ability to make picture frames, purses, birdhouses and other items, which was on display at the Philadelphia International Airport.

He received many gifts throughout his journey in life. On Saturday, October 12, 2019 at 7:14 p.m. at Allendale County Hospital in Fairfax, SC, Roosevelt received the greatest gift of all, eternal life as promised to him by God.

He leaves to cherish his memories: three sisters: Lillie Mae Gill of Irmo, SC, Josephine Cohen and Nora Bassett both of Allendale, SC; nieces: two of which he helped raise: Sherri (Cryus) Jackson of Williamsport, PA and Katrina (Don) Carter of Bethesda, MD, Yvonne (Glenn) Williams, LaDon (Ernest) Rivers of Walterboro, SC and Michele (Cecil) Major of Irmo, SC; nephews: One of which he helped raise: Charlie Bassett Jr. and Shannon Mckeiver both of Philadelphia, PA, Lawrence Bassett of Walterboro, SC, Dennis (Sharon) Bassett of Spartanburg, SC, Michial Gill of Baltimore, MD and Bernard Doe of Barnwell, SC; two sisters-in-law: Evelyn Bookhart of Philadelphia, PA and Hettie Bassett of Allendale, SC; a special grandniece, Iris (Brian) Finley of Summerville, SC and grand nephew, Alton Bassett Cohen; an a host of other relatives and sympathizing friends among them all are: Rick (Eydie) Mehr, Clearance Cambell, Harold Davis, Ellen Harrison and Mae Lanier all of Philadelphia, PA, Albert Allen and Beverly Loadholt both of Allendale, SC. Visitation will be held on Thursday, October 17, 2019 from 5-7 p.m. at the funeral home.

Friends may call at the residence of his sisters, Josephine Cohen and Nora Bassett at 149 Texas Street Allendale, SC.

Send flowers to the service of Roosevelt Bassett