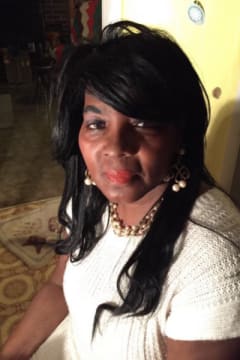 Borrowing a line from Alice Walker’s novel, The Color Purple, is how we choose to share glimpses of Shirley’s awesome journey. Anyone familiar with the story can recall the line in which one of the characters commented, “it upsets God when you walk by the color purple in a field somewhere and don’t notice it,” – it is important for us to understand that God placed special things here on earth as a way of pleasing mankind. That same sentiment holds true for Shirley in that it upsets God when someone does not take notice of her infectious smile, warm personality, generosity, and genuine regard for others. Shirley Ann Seabrook was a wonderful woman who was loved, now missed, and always cherished by the many people whose hearts she touched.

Growing up in rural South Carolina, Shirley experienced the same particular problem as many other “baby boomers” in the Carolina Low Country, in that her birth name, sir name, and date of birth were recorded incorrectly with the county’s Office of Vital Records by the attending mid-wife. Upon learning this as a teenager, Shirley decided to change her middle name from Ann to Denise, mainly because she thought it made no sense that people in authority could not correctly document something as simple as an individual’s identification. Thus, from that day forward, she became Shirley Denise Seabrook, a woman determined to right a wrong, while demonstrating the highest level of character and integrity that would define her amazing life journey as an “in-charge” individual, educator extraordinaire, daughter of the King, wife, mom, vintage collector, fashion and wig designer, master crafter, prophetic voice, jewelry-smith, entrepreneur, gardener, baker, truth-teller, and an all-around good person. Shirley’s story began on January 28, 1953, the fourth daughter to Ivory and Lily Bell Daniels Seabrooks in the Bull Pond community of Allendale, South Carolina.

When Shirley was still Shirley Ann, she spent her childhood “growing up” in Martin, South Carolina, where she worked the fields, became a baptized member of the Magdalene Christian Faith Church, and attended the local schools. The family later moved to Appleton, South Carolina, where Shirley graduated from Allendale-Fairfax High School. It was there, that she made many childhood and lifelong friends, one in particular, Annette. Shirley was very proud to be an A-F Tiger and a member of the Class of 1972. After high school, her spark of interest in fashion and creative design led Shirley to attend the Fashion Institute in Jacksonville, Florida to further seek her passion. High school is where she also met her childhood sweetheart. They later married, and she became the proud mother to the late Larry Preston Smith, Jr.

Shirley was renowned for her flare, southern hospitality, cooking, and baking skills. Everyone always knew they would have plenty of homemade delicious food to eat while visiting Shirley and the Seabrooks family. She was an avid baker of biscuits, sweet potato pies, and fruit cakes, a craft in which she perfected as time waned. We all remember with such joy the many, many pans of hot biscuits coming out of the oven. While field work was definitely not Shirley’s thing, she endured farm labor as hard as the best of them and later used those skills to perfect her love of gardening. Her recent collard greens and favorite vegetables proved to be a bountiful harvest this winter.

Shirley received her Bachelor of Science in Computer Science and Master of Science in Computer Technology at Voorhees College in Denmark, South Carolina, where she also served as Classroom Instructor and Resident Director. Shirley was also a classroom teacher in the Allendale County Public School System, where she was affectionately admired by her students and colleagues as she mentored so many young people along the way. She valued the importance of an education and encouraged young people to strive for their best and to pursue their goals. She later moved to Huntsville, Alabama, where she served as a military spouse and Property Manager for a local apartment complex. It was in Huntsville that she met the anointed Pastor Patricia Corbitt, who became her best friend and Sister-in-Christ, sharing and teaching God’s word and participating in the Thursday “Prayers on the Wall” Prayer Line. Shirley also attended Bible Way Church in Columbia, SC. Her prayer partners extend the continent as she has, over the years, brought many to pray this prayer: “I pray and ask Jesus to come into my heart and be Lord over my life.” According to Romans 10:9-10, “If thou shalt confess with thy mouth the Lord Jesus, and believe in thine heart that God hath raised him from the dead, thou shall be saved.” Shirley constantly shared this scripture as a fundamental guide and importance to believers seeking a relationship with God. Shirley’s ministry had no borders nor walls, as she witnessed one to another, practiced the laying of hands, relied on her spiritual gifts, and prayed for so many with whom she encountered. Her servant-leader mentality and thirst for truth, as promised in God’s word, demonstrates her powerful, commanding voice as a dedicated witness for His kingdom. She often shared her testimony proclaiming God’s deliverance and healing of her body. Shirley spent a number of years living in Tulsa, Oklahoma and from there to Richmond, Virginia, where she amassed a welcoming solid group of friends who have richly blessed her life spiritually and mentally, as she has maintained contact throughout the years.

Upon leaving Richmond and returning to South Carolina, Shirley worked faithfully as an Accounts Manager at Graybar Electric Supply in Columbia, until deciding she wanted to work as an independent consignment retailer. Shirley had many successful years as an entrepreneur and licensed retailer at the Barnyard and Metro Flea Markets in the capital city, selling vintage clothing, jewelry, and “Designs by Shirley”, one -of - a - kind specialty items created by her. She was a regular vendor at featured community events such as the Bridal Expo, Jewelry Extravaganza, annual Holiday Craft Fairs, and Allendale Spring Festival. She was most accessible to her numerous and loyal customers who valued her fairness and commitment to service. Shirley was famous for her customized denim products, vintage jewelry and watches, purses, household goods and, more recently, face coverings and masks. She often featured items on Let Go, Etsy, Craigslist, and other web -based online options. Shirley and her partner Andrew also started a very successful residential warehouse -storage auction bidding company that is still going strong today. Everyone knew Shirley loved to travel with family and friends to visit and cruise the Caribbean Islands, as well as trips to Myrtle Beach and Charleston, South Carolina, Florida, North Carolina, Washington, DC, New York City, and the Hamptons. She always looked forward to the annual family gathering at Edisto Beach each 4th of July. The family would spend a week each year relaxing there and enjoying each other’s company, which was considered the best because they shared so many happy times together. If there was anywhere Shirley loved to be with her family, it was definitely at the beach house on Edisto Beach.

Shirley entered into eternal rest on Friday, January 1, 2021 at the Lexington Medical Center.

Send flowers to the service of Shirley Seabrook

Honor the life of Shirley Seabrook