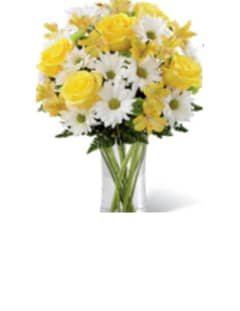 Mr. Marshall Weaver, son of Solomon and Odessa Weaver was born November 8, 1950 in Florence County, SC. He was a lifelong member of Jerusalem AME church. His parents and his brothers; Saul, Henry Lee and Carl Weaver, all preceded his death. Marshall received his formal education at Chavis Elementary School and later transferred to Choppee High School from which he graduated in 1968. Following high school graduation, Marshall was further educated at South Carolina State University for two years before moving to New Jersey where he attended Essex Community College. While living in New Jersey, Marshall worked at Ford Motor Company, in McCuthen, NJ for several years before deciding to return home to work on the family farm. Marshall was a hardworking, dedicated farmer. Farming was his passion; aside from Sunday, rarely did a day go by without him working on the family farm. He cultivated, planted, and harvested corn, soybeans, and tobacco. He also raised cattle, pigs, chickens and turkeys. During winter months when there were no crops to be harvested, Marshall would then work construction jobs. He believed that a man should always provide for his family, which is what he always did. Marshall worked the family farm from 1976 until 1996 when he retired from farming. He then began working at Oneita Industries, in Andrews, SC. While working at Oneita, he gained a reputation for being one of their hardest workers. He was very respected and well-liked by the staff and his peers at Oneita. Marshall was a man that believed in the strength of the family unit. He was married to Beryl Weaver in 1973 and they remained married for 47 years. Their marriage was blessed with 4 children and 13 grandchildren. Marshall was a strong, hardworking man with a caring, compassionate heart. He was well respected and would do anything in his power to help someone if they needed it. He gave advice to young men that needed it, he gave jobs to people in the community, he gave food from his garden to people in need, he gave his heart to his wife, he gave his time to his family and he gave his soul to God. Those left to cherish his memories are: his loving wife, Beryl B. Weaver; four children: Tonya Weaver of Myrtle Beach, SC; Marshall Solomon Weaver, Sr. (Mia) of Florence, SC; Odessa Weaver-Reid (J.T.) of Sumter, SC; and Camille Weaver of Hemingway, SC; four sisters: Doretha Cooper (Jerome) of Hamden, CT; Betty Lawson (Bobby) of Hemingway, SC; Jacqueline Legree (John) of Bluffton, SC and Sharon Davis of Florence, SC; one aunt, Shirley McCree (John) of Birmingham, AL; one uncle, Wilbur Lindy Cooper of Pamplico, SC; five brothers-in-law: Rev. Ronnie Brown (Gwendolyn) of Hemingway, SC; J. Stafford Brown (Louise) of Hemingway, SC; Rev. Dr. Norman A. Brown (Frederica) of Camden, SC; Rev. Theodore A. Brown, L.D.O. (Dr. Athena) of Myrtle Beach, SC; and Henry Clark of Winston Salem, NC; three sisters-in-law: Corrine H. Morris (Sam—deceased) of Kingstree, SC; Theodora B. Lee (Sherman) of Columbia, SC; and Gayle B. Channey of Pidolo, TX; thirteen grandchildren: Rhyan, Ziaire, Mary, Marshall, Taylor, John Solomon, Lila, Jabari, Janiyah, Jamir, Kamirah, Mahaley and Henry; and a host of cousins, nieces, nephews and friends.