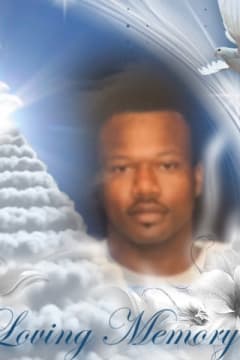 Montarius Olendus Wheeler, affectionately known as “Weasel” to his family and friends, was born on September 8, 1977 in Marion, South Carolina to Louis and Lindora Wheeler. He was the third of the four sons born to the Wheeler family. Montarius unexpectedly departed this life on Monday, June 8, 2020 in Fairmont, North Carolina.

Montarius was educated in Dillon District Two schools in Dillon County, South Carolina. While attending school, he developed a passion for playing baseball. He enjoyed playing baseball in the community for the Dixie Youth Baseball League. On the field, he exhibited his athletic prowess as an impressive pitcher. Montarius was nick named, “Shoestring” by his teammates because his shoes were always untied. Imagine that - a pitcher pitching with accuracy, velocity, agility, having a powerful arm and untied shoes… This would be a perfect description of Shoestring on the field.

In the athletic world, he was Shoestring; however, to his friends and family, Montarius was “Weasel.” Weasel was a connoisseur of hearty southern cuisine, especially from his mother’s table. He was sure to call every Sunday to inquire about the menu and to request that a plate was reserved for him. He relished family gatherings. During those times, he showcased his quiet sense of humor. Weasel was best described as a shy, friendly, and pleasant young man with a warm demeanor. He had a positive effect on all around him.

Montarius was known as a highly industrious young man with a strong sense of pride in his work. This was evidenced by his longevity as an employee at Smithfield Packing in Tar Heel, North Carolina. He worked in the Meat Processing Department for approximately sixteen years. Montarius did not believe in slacking on the job or missing days unnecessarily.

At an early age, Montarius accepted Christ as his savior. He grew up in Outreach Family Fellowship in Dillon, South Carolina under the leadership of Bishop Michael and Dr. Louise Goings. Just like many of the young boys/men in the church, he was a part of a group called, “Elder Berry’s Boys.”

Send flowers to the service of Mr. Montarius Wheeler