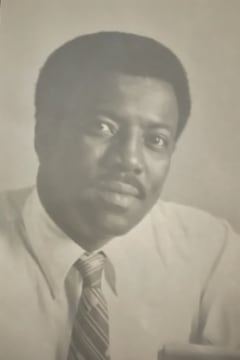 Mr. Herman R. Martin of Lynn Haven, Florida gained his heavenly wings on March 5th in the Vitas Nursing Center. He was 73 years of age.

Herman attended and graduated from the public schools in Baton Rouge. After graduation he joined the United States Air Force in 1973, while serving he gained the nickname, Marty and became affectionately known Marty to us as well. He served his country well, while learning and excelling in every area made available to him, earning the title Sergeant Master. Upon the completion of his successful tour of duty and receiving an Honorable Discharge, he retired in 1990.

Once he returned to civilian life, he further his education at Troy State University, graduating in 1996. He then gained employment at Gulf Coast State College and worked there for a number of years before retiring again. Herman was a lovable, laid back and soft spoken person. He was kind hearted and would give you the clothes off his back. A friend indeed that you could count and depend on.

A homegoing celebration was held graveside, Monday, March 14th at 11a.m. at Kent Forest Lawn with full military honors provided by the 325th Fighter Wings Honor Guard. Interment will follow with arrangements entrusted to the Caring Staff at Battle Mortuary of Panama City.

Send flowers to the service of Mr. Herman Martin

To view funeral services live please click on this link

To view funeral services live please click on this link