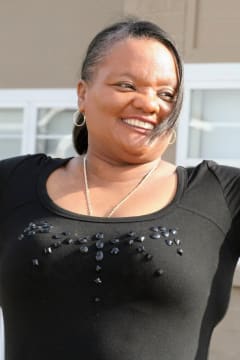 Wilma Dean Christmas, 71, of Panama City, Florida, transitioned on November 4, 2022, with her family at her bedside. She was born to parents Moses Derico Sr. and Freddie Mae (Dawson), on March 20, 1951, in Selma, Alabama. While growing up in Selma with her grandmother, Fannie Mae Dawson, she attended and was baptized at Green Street Baptist Church. As a young girl, she and her siblings participated in the Selma to Montgomery March. She would graduate from R.B. Hudson High School in 1969 and briefly attended Selma University, before being swept off her feet, by a young military man. She would soon marry Ollie "Bobby" Christmas Jr. on December 31, 1975. They remained together for more than 47 years, residing in multiple states and countries, due to Ollie being enlisted in the United States Air Force (USAF). In 1989, they received an assignment from the USAF to Tyndall Air Force Base. They retired and then continued to reside in Panama City, Florida, becoming welcoming and contributing members of the community.

She remained a member of Macedonia Missionary Baptist Church until the time of her passing. In her 30 years as a member, she served the church in several capacities, from Usher, to the Kitchen Ministry, and wherever she could help spread the love of God.

Wilma had an amazing sense of style, which would rival most in Hollywood. She was on a first name basis with the ladies of Dillard’s and Chico’s, and they would often set aside items specifically to her tastes. Her cooking ability was legendary amongst friends, family and all who were lucky enough to grace her table. She passed on her big smile and warm heart to all who knew her. Motherly, is the word that would best describe Wilma. She would often invite a neighbor to come get a plate of food, a new young military family in the area to fellowship, or any of her grandkids, nieces and nephews to spend the summer.

One of her major life achievements was her 31 years of Civil Service with the United States government. She received numerous awards and accolades while serving her country. As a Base Switchboard Operator, she was lauded for her support during the war in Afghanistan. She also worked as a Base Exchange as a Retail Associate, the base Commissary, and in Hospital records department, as well.

Wilma was immensely proud of her family, and leaves behind nothing but beautiful memories. As her health declined she knew that God, husband and family had her back.

A Homegoing Celebration will be held Saturday, November 12, 2022, 11:00 a.m. at Macedonia Baptist Church on Cove Boulevard in Panama City, FL. with the caring staff of Battle Mortuary directing.

The interment will take place on Sunday November 13, at 3 p.m. in Pleasant Grove Cemetery in Fitler, Mississippi with Walker Funeral Home directing.

Send flowers to the service of Sister Wilma Dean Christmas