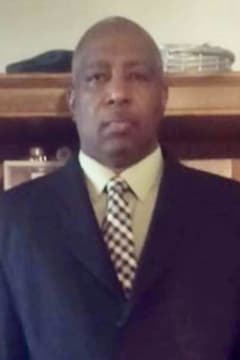 Edward Timothy Aikens was a native of Springfield, Louisiana, and a resident of Valdosta, Georgia. He transitioned to his eternal home on Sunday, October 30, 2022. He was born September 7, 1957, to Patsy Mae Freeman and the late Edward Peter Aikens. He was the eldest of three. He graduated from Springfield High School and attended Southeastern University in Hammond, Louisiana. After college, he went to serve his country in the United State Air Force.

Tim married his high school sweetheart Laura Winder in 1978. Soon after marrying, they moved to Germany. Over the years, they were blessed with three children: Eudocia, Ebron, and Elnora. Tim was a proud father and loved spending time with his daughters; they were the apples of his eye. Tim and Laura enjoyed a wonderful life together. They shared many hobbies, including going to movies, eating out, bowling, and cooking.

Tim was baptized at an early age. He enjoyed visiting different churches and listening to sermons. He found it refreshing and encouraging to experience worship by other bodies of believers. He felt that it provided new ideas that helped strengthen you. When visiting Louisiana, Tim would always visit his late father-inlaw’s church.

Tim moved to Georgia after leaving the air force. He explored a few careers when he began his employment journey after the military. His passion was cooking, and he worked as a chef for years before becoming a certified dietician; he received his Dietary certification from Florida State University. Tim was employed with Pruitt Health for over 25years as a food service director. Tim's Gumbo, BBQ, dressing, and wings were far most the best around!

Tim was very outspoken; he had no problem speaking what was on his mind without shying away. Although he was straightforward, he was also very friendly. He loved to talk; he had never met a stranger. Tim was always willing to help anyone he could.

Tim’s other passion was music. He also enjoyed listening to different genres of music. Tim’s music background entailed playing the saxophone in the Air force band and a band with his friends. Tim was also a Disc Jockey and often played for private parties. He also loved cooking, especially grilling for his family. He was also in several bowling leagues and enjoyed watching Dr. Phil and playing basketball. He played on the Air Force basketball team.

Tim, above all, was a family man who took great pride in spending time with his children, wife, and Grandchildren. His family was his everything. Each of his kids and grandkids brought him so much joy and happiness. His family adored and cherished him. Oh, how his grandkids loved their Papa; he had such a deep and strong bond with each of them. All of them will forever miss him.

Timothy was preceded in death by his father Edward Peter Aikens and sister LaTonya Aikens.

Send flowers to the service of Edward Aikens

Honor the life of Edward Aikens