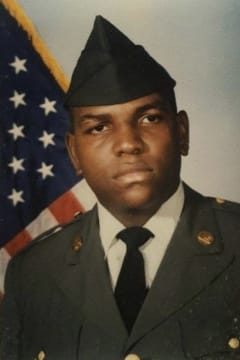 Ivan Bernard Davis was born January 10, 1969 to the late Janie Maxwell Davis and the late Van Sumlin in Valdosta, Georgia. Ivan received his education from the Valdosta City School System and graduated from Valdosta High School in 1988. After graduation, Ivan enlisted in the United States Army, where he served for four years. During the four years of service, he served in the Persian Gulf War fighting in Operation Desert Storm. After Serving in the Army, Ivan became a Law Enforcement Officer reaching the rank of Sergeant, he served the citizens of Lowndes County, Valdosta, Quitman, Morven, and Remerton, Georgia. He was a member of Thomas Chapel Church in Valdosta, Georgia. He was also a member of Amvets Post 607.

He was preceded in death by his parents, Janie Davis, Van Sumlin, and Calvin Davis; his grandmother, Emma Kate Maxwell Strickland; one brother, Kevin Rose; Mother-in-law, Hattie Hampton, and one sister-in-law, Patricia Hampton.

Send flowers to the service of Ivan Bernard Davis