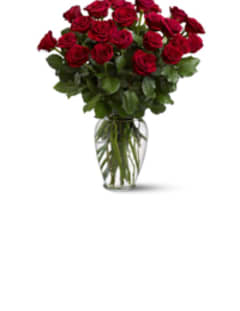 Motis Cornelius Parnell SR, affectionately known as Momo or Big Mo, was born on May 28, 1982, to the late Motis Smith Jr, and Patricia Parnell. From an early age, Motis was full of life and loved making people laugh, his big heart and joyful spirit on full display around family and friends.

A lover of music, he was a talented musician learning to play multiple instruments such as the tuba, bass horn, trumpet, drums, and bass guitar. His musical interest led him to join the marching band at West End High School, where he excelled.

Upon graduating in 2001, his talent landed him a music scholarship to Stillman College, where Motis played the tuba as a proud member of the Blue Pride Marching Tigers (B.P.M.T.) and also joined the Phi Mu Alpha Sinfonia music Fraternity. Motis chose a career in trucking, where he was a dedicated and reliable driver for more than a decade, even trying his hand at entrepreneurship for several years.

After being his own boss for a while, he decided to join R. Garrison Trucking Line, where he hoped to continue his trucking career. Motis confessed Christ at an early age at Tabernacle Baptist Church.

He was called home by the Heavenly Father on Wednesday, May 20, 2020. Those left to cherish his memory include: his loving mother, Patricia Parnell; his devoted fiancé, Monique Jones; his little main man, Motis C. Parnell, Jr. (MJ); his loving step-mother, Lori G, Smith ;his caring grandfather, Motis Smith, Sr; and supportive sister and nephew , Kristen and Karson Parnell.

His Village also included several caring aunts and uncles, including: Cornelius (Janie) Parnell, of Enterprise, AL; Sharron Gary, of Birmingham Al; Mary P. Jones, of Fredericksburg, VA; Yvonne (Raymond) Bady, of Saginaw, MI; Thaddeus (Jeanette) Smith, of Plantation, FL; joy A. Smith, of Birmingham, AL; and Kimberly Smith friends, and co-workers who will cherish the joy he brought to their lives. Motis was preceded in death by his father, Motis Smith Jr.

We Say not goodbye, but see you later. A caring son and brother, loving father fiancé, and loyal friend and family member, Motis was loved by many and will be missed by all. Until we see you again.

Send flowers to the service of Motis Parnell