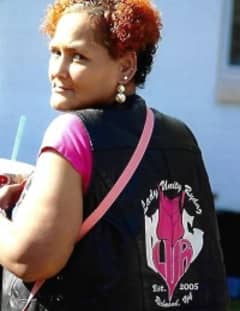 Viewing Friday, January 31,2020. Family will be receiving friends from 5 to 6pm at Campbell Funeral Home. Viewing Saturday from 10am to 12 noon at the church.

April L. Smith, age 44, passed away peacefully on Friday, January 24,2020, at Rappahannock General Hospital in Kilmarnock, VA. She was born in Richmond, VA on May19,1975 to Ronald Oneal Carter and Dianna LeBlanc Carter. She was the prettiest baby anyone had ever seen. At a early age April accepted Christ as her personal Savior and was baptized at Sharon Baptist Church, and later in life became a member of New St. John's Baptist Church.

April received her education in the Lancaster Public School System, graduating in1993. While in high school she attended the Northern Neck Technical Center in Warsaw, Va. She received a cosmetology certification "that she never made a dollar with". After graduating high school, she attended Norfolk State University in Norfolk, VA where she majored in pregnancy(she would say); she had a beautiful daughter Deja on April 2,1995.

April was known for many things such as never holding her tongue, her contagious laugh, bright red hair, and her master cooking skills, (that girl knew she could cook, especially seafood). she had such a huge heart that lead her to take in all kinds of strays (animals and tiny humans).

Send flowers to the service of April Lashawn Carter Smith