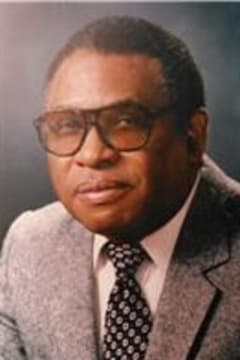 Dr. James Henry Neely was born in West Point, MS on August 8, 1932 to the union of Robert and Missouri Neely. He attended Mary Holmes College High School where he was the editor of the school newspaper, secretary of the senior class, president of the Athletic Club and member- at- large ?of the Student Council. He received his Bachelor's degree in 1955 from Kentucky State University, formerly Kentucky State College, in Frankfort, Kentucky, with a major in chemistry and a minor in math and French.

He received his Doctor of Medicine degree in 1960 from Meharry Medical College in Nashville, TN. After graduation he entered the United States Air Force, where he earned the rank of Captain and served as a Flight Surgeon stationed in El Paso, Texas and in Belleville, Illinois.

After an honorable discharge from the military in 1964, He relocated to Tupelo to set up his medical practice, upon the encouragement of the late Dr. Walter A. Zuber.

He was the first African-American doctor to have full hospital privileges of admitting and treating patients at the North Mississippi Medical Center. He diligently served his community in medical practice for 35 years, until his retirement in 1999.

He was a member of Trinity United Presbyterian Church in West Point.

Dr. Neely was a member of Alpha Phi Alpha Fraternity, Sigma Pi Phi Fraternity and a Life member of the NAACP. He held memberships in numerous other organizations, including The National Medical Association, The Black Business Association of Mississippi and the Henry Hampton Elks Lodge. In the 1970s, he served as a member of the Board of Directors of Community Development Foundation (CDF) and as a member of the Northside Beautification Committee, along with Mr. Ulysses Mayhorn and Mrs. W. A. Zuber. A project that he was very proud of was the planting pink crepe myrtle trees along North Spring Street (between Jackson Street and Franklin Street) in Tupelo, which still bloom beautifully each year.

He was married to the former Elaine Kilgore of West Point for 66 years. Dr. Neely would often say that this was one of his greatest accomplishments.

He departed this life on June 23, 2020 at the Baptist Memorial Hospital in Oxford, Mississippi.

A private family graveside service will be held at Greenwood Cemetery in West Point. Arrangements and services will be provided by Carter's Mortuary Services in West Point.

Send flowers to the service of Dr. James Neely, MD