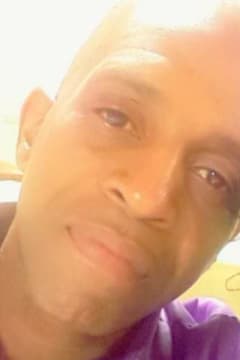 Morris Lee Garrett, III (affectionately known as Kiz, Lil’ Morris, or Moe), was born April 14, 1971 to Morris Lee Garrett, II and Chrisandra Davis (both preceded him in death). He transitioned from time to eternity on September 5, 2020. Lil’ Morris grew up in Brooklyn, New York where he attended Brooklyn City Public Schools and graduated from George Westinghouse Career and Technical Education High School. Kiz married his high school sweetheart and love of his life La’Tonya Johnson on March 27, 1992. Through this union, they were blessed with three wonderful children Kizon, Kason and Krisandra. Wanting a slower pace for their boys, Morris and Tonya moved their family to Damascus, Maryland. Shortly after relocating, Morris began working for United Airlines at Dulles International Airport. He worked at United for five years before leaving to join the Target Corporation. He worked for the retail giant in Maryland for many years and continued his career with Target in Durham, North Carolina. With the boys ready to leave the nest, the couple began preparing for the arrival of their third child. The family welcomed Krisandra in 2013 and within a year, the family moved to Durham, North Carolina. Well liked by everyone that knew him, Moe was well read, soft-spoken, funny and most of all, kind. Like his grandfather (Morris I) and his father (Morris II), Lil’ Morris was extremely quick-witted and his ready responses easily drew laughter from those around him. He inherited a love for cooking from his father and took pride in preparing delicious meals for his family, friends and loved ones. Family members insisted he bring his mouth-watering, lip-smacking, put-your-foot-in-it macaroni and cheese to every Thanksgiving feast. When he was repeatedly asked for the recipe, his response was “I just threw a little sumthin’ together”. In addition to cooking, he also enjoyed fishing, traveling, watching movies and spending time with his family. He was also a huge NY Giants fan and never missed a game. Morris was preceded in death by his grandparents, Morris Lee and Mattie Elizabeth Garrett and his mother-in-law, Linda Johnson. He leaves to cherish his memory, loving wife: La’Tonya; sons: Kizon and Kason of Damascus, Maryland; daughter: Krisandra; brother: Maurice Garrett (Terracina) of Brooklyn, New York; father-in-law: Sherman Johnson of Brooklyn, New York; brother-in-law: Eric Johnson (Brenda) of Sanford, North Carolina; aunts: Yvette Davenport (Marvin) of Plymouth, North Carolina, Sharon Garrett of Wake Forest, North Carolina, Ora Lee Jones (Ernest Lee) of Plymouth, North Carolina, Elyn Garrett Jones (Harvey) of Baltimore, Maryland, Tina Garrett of Rocky Mount, North Carolina, and Frances Farrow of Sanford, North Carolina; uncles: Danny Bruce and Darryl Garrett of Roper, North Carolina, Robert Farrow of Sanford, North Carolina and a host of other relatives, nieces, nephews, cousins and countless friends.

Send flowers to the service of Morris Lee Garrett, III