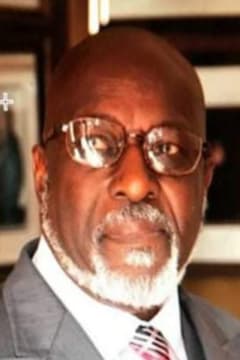 He was a 1970 graduate of the South High School in Akron Ohio. He attended the University of Ohio, Greensboro Bible College in Greensboro NC, Southeastern Seminary Extension Program in Nashville, TN; Gardner-Webb University in Boiling Springs, NC and Fruitland Bible Institute of Henderson, NC.

Pastor, was a God-fearing, humble, loving, supportive, respective, understanding, passionate, giving, trustworthy, dependable, reliable husband, father, pastor, cousin, uncle, brother, and friend. Most of all, he was a Preacher. Pastor started serving God at a early age. He preached his first sermon at the age of 15 years old and he had been spreading the good news ever since. He was a lead singer and director for the Hampton Miracle Jr’s of Akron, Ohio. He was also a member of The King Solomon Chorus and a Choir Director for Providence Baptist Church in Akron.

His religious affiliations included: the Ebenezer Baptist Association, the Black Ministerial Alliance of Gaffney, SC, General Baptist State Convention of USA and the College Minstrel Board of Associates of Gardner-Webb University. He was also a member of the NAACP and a recipient of the 2011 Service Award for Kingstown Community Organization for Concerned Citizens and a recipient of the 2011 Teen Summit Gold Award Gratification for Inspiration, Motivation and Dedication.

Pastor Martin, believed that “To Be A Good Friend, One Must First Show Himself Friendly” and “I Can Do All Things Through Christ Who o Strengthens Me”( Philippians 4:13

The funeral service for Mr. Martin will be held on Saturday, November 13, 2021 at 2:00 PM at Palmer Grove Baptist Church. Burial will take place at Golden Ridge Baptist Church Cemetery. The service will be live-streamed on Facebook starting at 1:45 PM. The family will receive friends from 1:30 PM until 2:00 PM on Saturday, November 13, 2021 at the church and other times at 121 Oak Avenue Shelby.

Send flowers to the service of Kenneth Martin

Honor the life of Kenneth Martin