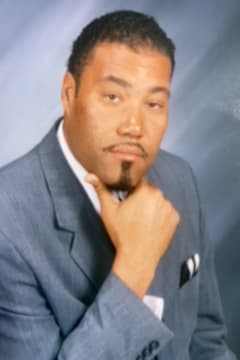 Lonnie was a 1988 graduate of Shelby High School where he was a member of the Shelby High Golden Lions Football team and was a part of their State Championship teams in 1986 and 1987. While at Shelby High, he was a member of the chorus and performed a memorable role as the lion in the school production of the Wiz. Lonnie remained a lifelong devoted fan of the Shelby High Golden Lions. His blood bled black and gold! At an even younger age, his oratorical skills were evident as he recited from memory Martin Luther King’s “I Have A Dream” speech as a part of a Shelby Negro Woman’s Club event. After graduating from high school, Lonnie entered Livingston College in Salisbury, NC. While there, he received the call to the ministry. A day after graduating cum laude, he preached his initial sermon on May 2, 1993 at New Hope A.M.E. Zion Church in Salisbury, NC.

As a member of Bynum Chapel A.M.E. Zion Church in Kings Mountain, NC, Lonnie served as a youth minister for several years preaching his trial sermon there. While at Bynum Chapel, Lonnie was appointed and served as the Lincolnton District Men’s Booster President where he graciously, diligently and successfully was able to pulling the men of the district together with making visits to other churches in the district, assisting the elderly and others with repairs to their homes/buildings, etc reaching out as a community leader. In 2011, he became the lead pastor of Oak Grove A.M.E. Zion Church in Cherryville, NC. A year later, he became the pastor at Waddell Chapel Church, the church home of his maternal family. He served faithfully there until accepting his last ministerial assignment as the pastor for Greater Moore’s Chapel A.M.E. Zion Church in Lincolnton, NC.

Along with being a pastor, Rev. Tucker was also the owner of Above and Beyond Group Homes in the Cleveland County area. He was truly passionate about helping and supporting children through being a pastor, coach and mentor. He was a fanatic about football and he played and won championships while playing for Shelby High School and Livingstone College. He loved boxing as well. Known for his sharp wit and sense of style, Rev. Tucker remained a very determined and driven person and was a courageous fighter through his many health challenges. He continued to press through as a soldier enduring the trials with his love of life and sense of humor. He touched a lot of lives through the years as a preacher, coach and a father figure to many and will be truly missed.

Send flowers to the service of Lonnie Tucker

Honor the life of Lonnie Tucker