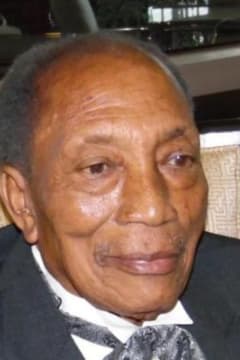 Rev. Dr. Robert Edward Devoe, Pastor Emeritus and Church Founder was born on November 5, 1932 to the late Rhodel and Rose Carter Devoe in Barnwell, South Carolina. Dr. R.E. Devoe received the call to preach in the mid 1950’s. He was ordained by his first pastor, the late Reverend B.S. Scott of Saint John Baptist Church in Barnwell, SC. Dr. Devoe was a graduate of Butler High School of Barnwell, SC; a graduate of Benedict College in Columbia, SC with a B.S. Degree in Chemistry; a graduate of the J.J Starks School of Theology with a Bachelor of Divinity Degree. He was also a graduate of the United States Army Chaplin School of Fort Solcum, New Rochelle, New York. He attended Atlanta University in Atlanta, Georgia and received a Master’s Degree in Science Education and attended the Mid-Atlantic College for his Master of Divinity degree. In addition, he received a Doctor of Ministry Degree at the Erskine Theological Seminary in Due West, S.C. and was given an Honorary Doctor of Divinity Degree from Friendship College in Rock Hill, SC. Dr. Devoe served his country for two years in the United States Armed Forces as a non-commissioned officer. However, after graduation from seminary he became a commissioned officer with the rank of First Lieutenant and as a Chaplain in the United States Army and later promoted to the rank of Captain. Dr. Devoe taught school in the public school system of South Carolina, and served as a Science Consultant in the Public School System of Washington, DC. He taught chemistry and religion at Friendship Jr College in Rock Hill, SC. Dr. Devoe served as Pastor of Ridge Hill Baptist Church in Ridge Spring, SC, Bethany Baptist Church Jonesville, SC, Mount Calvary Baptist Church, and Shiloh Baptist Church in Shelby, NC. He established and pastored Good Samaritan Fellowship Baptist Church; and established Canaan Memorial Baptist Church in 2002 serving as pastor until he retired in 2020. He also served as the Moderator of the Ebenezer Missionary Baptist Association for eleven years and as President of the Minister’s Conference of Cleveland County. Dr. Devoe was a dedicated and lifetime member of the NAACP. He served on the Executive Committee, in the office of vice-president, and several terms as the President of the Cleveland County Branch of NAACP with his most recent term being 2018-2020. He was also a member of the Alpha Phi Alpha Fraternity, Inc. Dr. Devoe received a number of awards and plaques for his outstanding service as a pastor, mentor, and community leader. He always said “Two things are dear to my heart-the Church of the living God on one side and the NAACP on the other side. On Saturday, May 21, 2022 in Cherryville, NC, Dr. Devoe entered into eternal rest receiving his greatest award yet, the crown of righteousness that was laid up for him and to all that love His appearing. 2 Timothy 4:8 He was preceded in death by his wife Odessa Threatt Devoe, parents, Rhodel and Rose Carter Devoe; stepmother Daisy Devoe; brothers, Marion Devoe, John Devoe, Sr, and Laudric Devoe, and sisters Mattie Devoe and Mae Devoe Fields. He leaves to celebrate his life and cherish his memory his children Michael (Shirley) Friday of Columbia,SC, Pamela Devoe, Drusilla (Roy) Sharpe and Robert (Gaye) Devoe of Shelby, NC; grandchildren, Mika (Juan) Mendez of Fayetteville, NC, Charlee Lott, Rock Hill, SC, Quin (Madge) Lott, Columbia, SC, Kendra DeVoe, Shelby, NC, Robert Gabriel “Gabe” Devoe, Jordan Isaiah “RJ” Devoe, Jordy Donovan Sharpe and Micah (Shaniqua) Gayten all of Shelby, NC; brothers, Earnest Devoe, Lanham, MD, Weldon Hay Devoe, Winston-Salem. NC, James Devoe, Jacksonville, FL and Steve (Toni) Devoe of Silver Springs, MD; sisters, Cornelia (Raymond) Haywood, Carrie Devoe Washington, Daisy Ruth Devoe Jones, Martha Devoe Williams, Jacksonville, FL, Mary (Columbus) Jones, Barnwell, SC and Sandra (David) Bland, Augusta, GA and seven great-grandchildren, nieces, nephews, cousins, and many devoted friends.

Funeral services will be held on Saturday, May 28, 2022 at 11:30 AM at Shiloh Baptist Church. The service will be livestreamed starting at 11:45 AM from the Enloe Mortuary Face Book page. A reception of friends will be held on Friday, May 27, 2022 from 5:00 PM until 7:00 PM at the church in addition to Thursday from 3:00 PM until 7:00 PM at the home of his son and daughter-in-law, Robert and Gaye Devoe, 2978 Laura Rd. Shelby. Burial will take place with military rites on Sunday, May 29, 2022 at St. John Baptist Church in Barnwell, SC. In lieu of flowers, the family has requested that monetary contributions be made to: Canaan Memorial Baptist Church-building fund.

Send flowers to the service of Robert Devoe

Honor the life of Robert Devoe