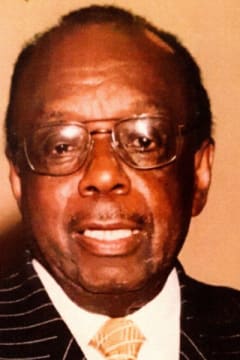 Rev. Dr. Theodore Allen Powell, 96, of Hickory, NC passed away on Sunday, September 27, 2020, at Wendover Hospice House in Shelby. He was born on July 28, 1924 in Hickory, NC to the late John Powell and Susie Sudderth Powell.

He was the grandson of the late Rev. and Mrs. Peter Johnson. Rev. Dr. Powell is the proud father of a son, the late Adrian Johnson and a daughter, Suzanne Powell. He has five grandchildren and five great-grandchildren.

Rev. Powell attended Ridgeview School in the Hickory School System. While a student at Ridgeview, he was a member of the Debate Club, Glee Club, Honor Society and the Hire Wire Club. He also played football for Ridgeview High School. Upon graduation, he attended Morristown Jr. College and earned his Associate Degree. After graduation he recruited students to go to Morristown College while Pastor at Galilee. He went on to receive his Bachelor’s Degree from Philander Smith College, his Master of Divinity from Gammon Theological Seminary, his Master of Education from Western Carolina University, his I.H.D. (Doctorate of Humanity) from Brian Ridge Forest University and attended Brooklyn College Law School. Rev. Dr. Powell began his ministry as Assistant Pastor of James Methodist Church in Brooklyn, New York. He then served in the capacity as minister to several churches in North Carolina. Those churches include; Catawba Circuit (where he oversaw the building of Mott’s Grove), Wells Spring in Forest City, Philadelphia and Brooks Chapel, St. Peters in Hamlet, Cool Springs in Rockingham, and Galilee in King’s Mountain (a new church, Galilee, was built under his leadership and a school started for people to get their High School Diploma through Cleveland Tech in Shelby, NC.) Burgess Memorial in Rock Hill (originally Rock Grove) was built by Dr. Rev. Powell’s grandfather, Rev. Peter Johnson.

Rev. Dr. Powell also taught school in Sampson County. He taught at Philadelphia School which sat next door to Philadelphia Church which he pastored as well. He taught at Upchurch High School in Hoke County and Orthopedic Hospital for Crippled Children. When he was hired for that position, he became the first black to be hired on their staff. Rev. Dr. Powell went on to teach in the Gaston County school system to which he retired after 16 years which gave him a total of 30 years in education.

Rev. Dr. Powell has served on many boards in his lifetime. He was on the Board of Economics for the Book Committee of the State of North Carolina under the Superintendent of Public Instruction, Dr. Craig Phillips. He was “Chaplain for the Day” on the State Legislation appointed by State Representative Tim Moore of Cleveland County. He also served as Chaplain for the Labor Department of Pennsylvania and North Carolina, as well as Chaplainry Board of Cleveland Regional Hospital. He received the Gastonia County outstanding Teacher Award. He was a member of the Swatto Club (Men’s Club) which awards scholarships to male high school graduates and also served as Vice President of the NAACP in Cleveland County. Rev. Dr. Powell was honored as one of the outstanding ministers of Cleveland County by the community and the NAACP.

While Dr. Powell may have been very active in the Shelby, NC community his entire life, he was active in many Hickory, NC community groups until March of 2020. He was active in the City of Hickory meetings with Mayor Hank Guess and City Councilman David Williams. He was also active with the Greater Hickory Ministerial Alliance and attended Catawba County meetings. He was also working with the Hickory School System on a project. Dr. Powell was the Religious Affairs coordinator for the Hickory NAACP. He was not retired, he was involved and making an impact on our community. He wanted our children to have the opportunity to succeed in an environment that would be safe. He wanted the Ridgeview community students to have exposure to science and math to ensure success in higher education. He was a member of Hartzell's United Methodist Men and Mt. Pisgah's men group. He served on the Pastor-Perish Committee and was Chairman of Hartzell Memorial UMC History Committee, Emeritus Trustee and Noon Bible Study Ministerial Leader. Reverend Cassandra Rawls, Reverend Kim Moss, Reverend Roberts, Reverend Logan, Robert Russell, James Wright, Bill Pope, and many others made it their business to serve Dr. Powell's vision. He kept Hickory community citizens busy with his desire to make the Hickory community better.

In addition to his parents, he was preceded in death by his wife, Margaret Smith Powell; his son, Adrian Johnson; his sisters, Gladys Carson, and Annie Florena Grant and his brothers, Benjamin Sudderth, Sr.and Gordon Sudderth, Jr.

Services for Rev. Powell will be private. Dr. Powell will lie in state on Friday, October 2, 2020 from 4:00 PM until 7:00 PM with an outdoor family reception and presentation from 6:00 PM until 6:30 PM at Hartzell Memorial U.M.C., 465 S. Center St. in Hickory, NC. He can be viewed on Saturday, October 3, 2020 starting at 12:00 noon at Ellis Chapel Baptist Church in Patterson Springs, NC with a reception of friends from 2:00 PM until 3:00 PM. The service will be livestreamed on Ellis Chapel’s Facebook page during the Saturday Celebration of Life. Burial will take place a Mountain Rest Cemetery in Kings Mountain, NC.

Send flowers to the service of Theodore Powell

Honor the life of Theodore Powell