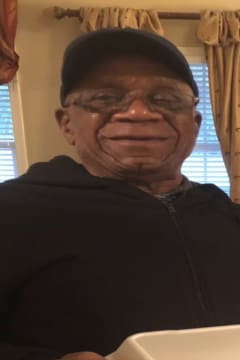 Jerry L. Malone was born January 28,1940 in Mallory, West Virginia. His parents, John and Thelma Malone raised him together until John deceased. Jerry confessed Christ as a youth.

After graduation from high school Jerry enlisted in the United States Army. Upon completing his duties in the military, he settled in Cleveland, Ohio. While living in Cleveland, Jerry made a living as a bus driver for Cleveland Transportation Services (CTS). Later he went on to become a multi car hauler for General Motors.

It was during his tenure with CTS, Jerry met the love of his life, Sallie Ann Benson. They united in holy matrimony June 21, 1974. Together with their one son they relocated to Warren, Ohio. Jerry and his wife were very outgoing and social. He was a family man, he believed in earning his own way, and he devoted his love and life to Sallie and Steve. After the death of his wife, Jerry became a caregiver to his mom until she passed.

Filling a void in his life, Jerry became an avid bowler. He was active in leagues and loved traveling to bowl in Ohio. In 2015 Jerry relocated to Gadsden to be closer to his son Steve. His daughter in love involved him with charities with her, and his son connected him with the local bowling center in Gadsden. He was an avid bowler until his death.

He was preceded in death by his wife Sallie Ann, and his mother Thelma.

Send flowers to the service of Jerry Lee Malone