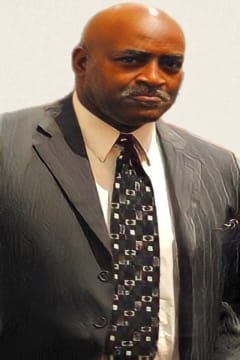 Mr. Waymond I. McGee 69, of Collinsville, departed this life on June 26, 2022. Sincere condolences to family and friends.

WAYMOND IRA MCGEE was born on March 25, 1953, in Gadsden, Alabama, to the union of the late George McGee and Jenester Bozeman McGee. He confessed Christ at an early age and attended church with family at Goodsell United Methodist Church and Mt. Pilgrim Baptist Church, respectively.

Waymond pursued apprenticeship through Geeter and Adams Funeral Home at the tender age of 14 years old. During his teenage years and through young adulthood, he became a licensed embalmer, and developed a passion for funeral directing. He loved driving long distances and serving families in the local Gadsden area. He worked with a few other funeral homes across the Gadsden are and Hershel Thornton Funeral Home in Atlanta, Georgia, within a two-decade spread. He graduated from Carver High School in Gadsden, Alabama, attended and graduated Gadsden State Community College. Alongside his continued funeral home employment, Waymond purchased and opened his first business "The McGee Cleanup/Detail Shop" in 1973 in the East Gadsden/Miller Height community. This business later expanded to add a collaborative mechanic shop and operation with his brothers, the late Stanly McGee and Jimmy McGee. the shop was operational through 2015. The shop was operational through 2015. He loved learning new trades and skills, returned to college to receive a certification in Automotive Mechanics. Another employer included Cagles, Inc. in Collinsville, Alabama.

Waymond was called to deaconship at Pleasant Grove Baptist Church in Collinsville, AL., where he was active until his mobility and health digressed during the pandemic. in 2015, Waymond's health forced full retirement from part-time work. Waymond was jovially referred to as "Boss" by his immediate family and friends. He was very resourceful and loved helping people by bridging services through networking and navigating the roads. He had a photographic memory if it related to machines and mechanic. He had special connection to children in the family and loved treating them to candy, Pepsi sodas, and Cochran's bakery (i.e. donut hokes). Waymond in his final days of hospitalization wished to be remembered for "helping people."

Send flowers to the service of Waymond Ira McGee