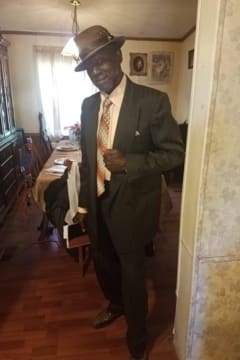 Willie and Barbara met as neighbors in Compton, California. They married on May 17, 1969, from this union four children were born: Willie Gene Harris Jr (Talandria), LaTashia M. Harris-Ramos (Ernesto), Rayvion V. Harris, Ebonique V. Harris (Garnett). Although he fathered four children, he was a “FATHER” to many! It was later in his life that Willie accepted the role of father to yet another son, Galwin Harris. He was the grandfather of 14: Tyshianna, DeAndre’, Sabrina, Jarline, Xzavier, Krischan, Domonique, Ishmael, Ontarriah, Rayvion, Delvion, Kimberly, Khamar, Haraggi and Dana. He also had 8 Great Grandchildren: Ty’Liyah, Zion, Ahmad, Ahmir, Trinity, Elliot, Kadison and Bryson and a host of nieces, nephews, and friends.

His nephews and nieces all adored him; he was the favorite to all. In addition to the biological children, Willie and Barbara Harris (affectionately known as Uncle Bill and Auntie Bob) provided a home to many others over the years. If ever you found yourself lacking in food, clothing, shelter, or a guided word, they provided it with enthusiasm.

Willie Gene Harris, Sr., after finding the Lord at an early age, used his voice to glorify the Lord. He cultivated his voice while singing with his siblings. He continued to cultivate his voice while singing in a group called “The Gospel Silver Tones”. He sang with an amazing tenor voice and those who sang with him or heard him were truly blessed. He would sing, pray, meditate, and share the Word of the Lord.

He was a man of class, dignity, and integrity, and rarely did you see Mr. Harris in jeans or tennis shoes. He would be seen wearing his hard-soled shoes, hat tipped to the side and sunglasses.

Willie was a fierce protector of all that he loved. He was a strong man who wore his heart on his sleeve, and was not afraid to shed a tear, a hug, or a smile. He touched countless lives and will be missed immensely.

Send flowers to the service of Willie Gene Harris