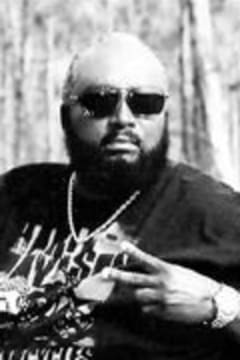 Graveside ceremony for Allen Lewis "Housecat" Martin 57, of Birmingham, Alabama (formerly of Anniston, Al) will be held at 1:00PM on Saturday, January 9, 2021 at Edgemont Cemetery with Apostle Marcus Dunn Sr; officiating. Allen graduated from Anniston High School with the " funky crew of 1982". After graduation, he owned and operated Martin's Carwash alongside of his father. He later found his passion in the transportation industry. He obtained his Commercial Driver's License and became a professional driver for Greyhound Lines, Inc. He joined the Max Transit Team in Birmingham, Al and served in the role of Manger/Supervisor for the road crew until his death. Allen lived life to the fullest, he loved spending time with family and friends. He was loved by many because of his "larger than life personality." The hobby he enjoyed most was motorcycle riding. He developed his love of motorcycles as a teenager, riding alongside of his father and brother. He was a founding member of the Birmingham Harley Riders Motorcycle Club, a brotherhood and sisterhood of individuals committed to friendship and growth. Left to cherish, honor, and remember his love: his loving mother Myrtle Martin of Anniston, Al; his daughter Elizabeth Page of Anniston, Al; his fiancé Elizabeth Bickerstaff of Birmingham, Al; siblings, Antonio Pruitt of Atlanta, Ga, Braddrick (Sabrina) Nolan of Anniston, Al, Phillip Lane of Talladega, Al, Bessie (Derrick) Smith of Acworth, Ga; his favorite auntie, Jean Martin of Los Angeles, Ca; his uncle, Roy Jackson of Anniston, Al; his "brothers-cousins," Apostle Marcus Dunn of Anniston, Al, and Tyrone Coleman of Los Angeles, Ca; a host of nieces, nephews, cousins, and special friends, Chester Hutchinson of Tyrone, Ga, Greg Stephens of Trussville, Al, Julius Huff of Dallas, Tx, and Levern Wilson of Huntsville, Al. Mr. Allen Lewis "Housecat" Martin, at the age of 57 passed away on Thursday, December 31, 2020 at UAB hospital in Birmingham, Al. He was preceded in death by his paternal grandparents, Sharlie Mae Martin and Louis Clark; his maternal grandparents, Walter Jackson and Lovell Jackson; his father, Lewis Amos Martin; and cousins, Eric Massey and Sgt. Rodney Releford. The Martin family would like to extend our gratitude to all the staff of the Neuro Intensive Care Unit at UAB hospital for their attentiveness and loving care. Goodson Funeral Home, Inc. directing. 256.237.9771.

Send flowers to the service of Allen Martin

Honor the life of Allen Martin