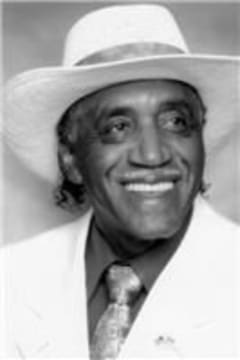 Funeral Service for Mr. Clarence Edward Hall, Sr. (Ned) of Anniston, AL will be Friday, November 4, 2022 at 11:00 AM at Friendship Missionary Baptist Church in Anniston with Pastor Carlton Phillips officiating.

Mr. Clarence Edward Hall was born on November 1, 1945 to the parentage of Mr. Clyde and Mrs. Agnes Hall. He was educated through the Anniston City School System and was a member of Cobb Avenue High School graduating class of 1964. Clarence joined the US Army in 1967 and during his military service, he served two tours in Vietnam and he also served a tour in Korea. He was also a Jump Master and his duty station was the 82 nd Airborne Division of Fort Bragg, North Carolina. While serving his country, Clarence was awarded numeral medals and badges: National Defense Service Medal/Parachutist Badge, Vietnam Service Medal, Vietnam Civil Action Medal, Army Commendation Medal, Combat Infantry Badge, Vietnam Campaign Medal, Overseas Bars (4), Bronze Star Medal, Vietnam Unit Citation, Vietnamese Meritorious Citation, Drivers Badge and Army Good Conduct Medal (6), just to name a few. He retired from the United States Army in 1987 as SFC Clarence Edward Hall. Clarence was united in Holy matrimony to Eunice LaFaye Richmond and to this union one daughter, Kimberly Dawn and one son, Clarence Edward II was born. Clarence Edward Hall, Sr. was a member of Friendship Missionary Baptist Church under the pastorship of Rev. Carlton L. Phillips. He was known as Bro. Hall and Uncle Ned, names that mirrored him with the Friendship Family. Bro. Hall was a true servant who served in numerous capacities of the church and community, a servant who did not know how to say "NO." He was a Trustee, Sunday School Teacher, Youth Director and Leader, member of the Mal Chorus, Church Ground Keeper, Church Transporter, Attended State and National Baptist Convention and a counselor with Youth for Christ Rally. He left a legacy of love and laughter with his members and especially with the Youth Department. Bro. Hall had a sweet spirit and a smile that was infectious. The church will always remember the harmonical sound of the tambourines by Bro. Hall. "Ned" loved life and he lived his life to the fullest. He loved to entertain and interact with his family and friends. He was loved by many and will be missed by all. He was preceded in death by his; parents, Clyde and Agnes Hall, eight brothers; William Clyde Hall, William Grady Hall, Walter Leon Hall, Marvin L. Hall, James Howard Hall, Freddrick Earl Hall, Bobby Lee Hall Williamson, Robert Edward Hall; one sister, Edith C. Hall and one great grandson, Zolan Markel High Scott. His memories will forever be cherished in the hearts of his daughter, Kimberly Hall Baker (Lewis) of Charlotte, NC, his son Clarence Edward Hall II (Francesca) of Anniston, AL; two sisters, Tommie Lee Harris (Sam) and Frankie Mae Noel (Ralph) both of Anniston, AL, 14 grandchildren, 19 great-grandchildren, the mother of his children (Faye) and a host of nieces, nephews, cousin and friends. Professional Services entrusted to Goodson Funeral Home Inc.