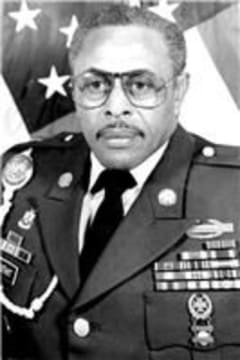 Funeral ceremony for Quilllion Douthit Jr; 81 of Jacksonville, Alabama will be held at 2:00PM on Friday, January 15, 2021 at the chapel of Goodson Funeral Home with Reverend William McKenny officiating.

Burial services will be private. Mr. Douthit graduated from the Walker County school system where he played football and basketball. He attended college and earned a Bachelor's degree in Science from Jacksonville State College. He later attended the University of Alabama in Birmingham where he earned his Bachelor's degree in Mortuary Science. He was a 30 year veteran of the United States Army. He made many notable contributions during his army career, and is a highly decorated veteran, receiving numerous military awards and commendations. He earned the Combat Infantryman's Badge, Legion of Merit Award, Bronze Star Award, and Purple Heart Award, to name a few. He impressively earned the rank of Command Sergeant Major of the United States Army's Fort McClellan.

He was licensed, as both an embalmer, and a funeral director. Quillion Douthit Jr; transitioned on January 4, 2021. He is survived by his son, Tyrone Douthit (Lisa) of Fort Stewart, Ga; granddaughter, kelsie; sister, Rosia Belle Sarnoski of Green Brook, New Jersey; brother, Myron Wayne Douthit of Boston, MA; and a host of nieces, nephews, cousins, and other family members and friends. He was preceded in death by his father, Quillion Douthit Sr; his mother, Lucy Douthit; his sisters Lois Lyons and Beverly Davis; and former wife, Vera King.

Send flowers to the service of Quillion Douthit Jr.