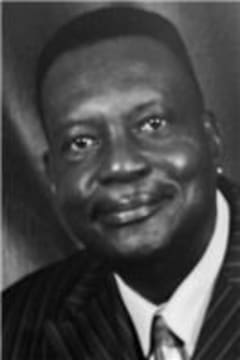 On December 23, 1949, in Calhoun County, AL, Earl and Lela McClendon became the proud parents of a son named Robert Earl McClendon. He was the eldest son of four children, Diann, Robert, Elaine, and Derrick, and he took his position of leadership very seriously. Robert was very connected to his family and community, and because of this, he spent most of his life residing in the Silver Run Community of Munford, AL, which is where he met his wife, Mary Forbes. They were united in holy matrimony on November 4, 1983, sharing nearly 40 years of marriage that blended a beautiful family of six children, three boys and three girls. In 1968, Robert graduated from Ophelia S. Hill High School in Munford, AL, and eventually took a position with Norfolk Southern Railway in Birmingham, AL, as an Engineer/Conductor/Switchman. He was very dedicated to this position, and in 1996 after serving close to 30 years, Robert retired and spent his remaining years serving the Lord, his family, and the community.

He was a dedicated founding member of the Men on a Mission Social Savings Club, a proud member of the male chorus at his home church, Shady Grove, and on March 11, 2018, before his family and friends, he was ordained as a deacon for Shady Grove Missionary Baptist Church, in Munford, AL, where he served faithfully under the tutelage of Reverend Dr. Clarence M. Henderson, Sr. Robert loved his church home and family and took on the charge to be a true and faithful servant and a leading man of God until the day he died. On Wednesday, January 18, 2023, in the early morning hours, Robert E. McClendon heard God's call and transitioned peacefully while under the care of the Regional Medical Center in Anniston, AL.

Funeral service for Mr. McClendon will be at 1 p.m. on Monday, January 30, 2023 at Shady Grove Missionary Baptist Church. Visitation will be Sunday, January 29 from 2pm-5 pm at Goodson Funeral Home Chapel in Anniston.

Send flowers to the service of Robert Earl McClendon