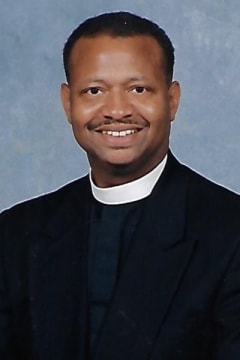 Reverend Charles Wesley Reid, son of the late Horace C. and Veola Hand Reid, was born on November 13, 1951 at the former Good Samaritan Hospital, Charlotte, North Carolina. He was called to be with the Lord on Monday; November 9, 2020 at his home.

Charles had a love for God and devoted much time in God’s service as a pastor. His Christian nurturing began at the Hood Memorial A.M.E. Zion Church, Belmont, which he always recognized as his “Home Church.” His pastorates consisted of the following African Methodist Episcopal Zion Churches: Big Pineville, Steele Creek, and Clinton Chapel, all of Charlotte, NC; Torrence Chapel (1 Week) of Huntersville, NC; also, Mt. Zion of Gastonia, NC. Charles later served as Founding Pastor of God’s Meeting Place, Charlotte/Belmont, NC.

Walk thru viewing at the Hood Memorial AME Zion Church, Belmont on Friday; November 20, 2020 from 4 until 6

All other services are private.