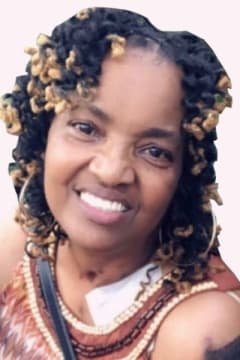 Gerlyn “Soupy” Griggs, was born August 10, 1962 at Cleveland Hospital, Shelby, NC to Gerline Griggs and the late Charlie James Griggs. She peacefully transitioned to her heavenly home on Sunday, July 5, 2020 at her home, Gastonia, NC.

Gerlyn was a graduate of Hunter Huss High School, Class of 1981. She was employed by Focus Point Inc. as house manager. She diligently worked to care for at risk youth affectionately known by many as Mama G. She enjoyed shopping and spending time with her family and friends. She made it her life’s work to care for anyone that she crossed paths.

A private service will be held.

Masks are required for all services and services will be live beginning at 1:30 on Saturday on Gregory Funeral Service Facebook page.

Send flowers to the service of Gerlyn "Soupy" Griggs