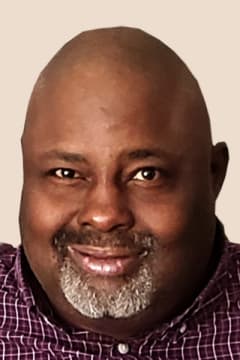 Rodney Tyrone Brice of Clover, SC, transitioned to his heavenly home on Wednesday, August 26, 2020 at Novant Health Presbyterian Medical Center, Charlotte, NC. He was born on March 4, 1975 in Gastonia, NC to Louise Ernestine Brice and the late Joshua Brice.

Rodney graduated from Hunter Huss High School in Gastonia, NC, class of 1993. While there, he was the first black student chosen to be part of the York-Chester District High School Chorus due to his amazing vocal talent. He also demonstrated his athletic skills playing for the varsity Huskies football and wrestling teams. After graduating, he attended Livingstone College in Salisbury, NC. Rodney was formerly employed with the City of Gastonia for 15 years and later transferred to the City of Charlotte, Miller Pipeline, and Mears Group as a CDL truck driver. He was also employed at Gregory Funeral Service as a funeral attendant and musician.

At an early age, Rodney developed an undeniable passion for music. He was a self-taught musician, who learned to play keyboard/piano, guitar and drums just by listening to his favorite songs. He has always been intrigued with pitches, tunes and harmonies of music. While growing up as a member of Trinity AME Zion Church (Trinity-Unity), Rodney was the choir leader for both the youth and gospel choirs. He participated in other various ministries of the church serving as the youth Sunday school teacher, usher and junior trustee. In his early adulthood, he was appointed as Trinity’s Choir Director and the Minister of Music. His musical experience also led him to serve as the Minister of Music at Rose of Sharon Baptist Church, Rock Hill, SC, Mt. Zion AME Zion Church, Fort Mill, SC, and Flat Rock Baptist Church, Clover, SC, respectively. Rodney also founded DVP (Devine Voices of Praise), a community choir that traveled in and around the Carolinas singing at numerous services. Like his father, Rodney’s love for quartet music led him to sing with groups including The Gospel Truelettes, Bill Crawford and the New Modernaires, Robert Ross and Gospel Truth, Faithful Few and the Voices of Morning Star. He was especially proud to help form the Rock Hill District Conference Men of Zion choir and served as their Music Director, until his untimely demise.

Rodney was a member of Mt Carmel Masonic Lodge # 16, Gastonia, NC where he served as Worshipful Master and was the first lieutenant. He also served as a Shriner (32nd Degree) at Mt. Nebo Lodge #3 in Gastonia, NC and as a Past Master at the St. Luke Lodge.

Rodney answered the call to preach the gospel after his initial sermon on Sunday, November 13, 2016. Afterwards, he served faithfully as an Associate Minister, as well as, continuing his task as the Minister of Music at Flat Rock Baptist Church. Prior to the COVID-19 pandemic, Minister Brice was preparing for the final step of ordination through the Sandy River Baptist Association (Upper Division) to become a licensed Reverend.

Rodney Tyrone Brice was a man of God, extremely gifted, had a heart of gold and gave of his time and talents unselfishly.