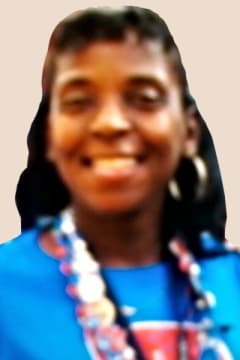 She attended Immaculate Conception High School and received her Bachelor of Science Degree from the University of California of Pennsylvania. Pattsy obtained her master’s degree in Agricultural Science from the University of Alabama in Huntsville. Pattsy was employed with the US Department of Agricultural for 35 years. She began her career with USDA first as a research scientist in Maryland and later relocated to Gastonia, North Carolina as a botanist with the USDA Seed Regulatory and Testing Branch. During her 35 years with the USDA,  Pattsy received numerous awards and was featured in local newspapers.

Pattsy was diagnosed with kidney disease at the young age of 10. In 1996, Pattsy received a kidney transplant and later that year she participated in her first transplant games with the National Kidney Foundation (team Nation Capitol).  She was passionately involved with the National Kidney Foundation and the Transplant Games. She traveled the country for the Transplant Games and won many medals in long jump, shot put, badminton as well as other track and field events. Despite the numerous ‘setbacks' that life dealt her, Pattsy always was positive and proactive in her health.  She taught spinning classes, was involved in boot camps and always looked forward to 3K and 5K mile walk\run events.

Pattsy was an avid collector of Disney memorabilia. Her infectious smile and positivity about everything radiated to everyone she met. She taught us many lessons about gratitude and being thankful for what you have.  Pattsy’s strong faith, positivity, community involvement and surrounding herself with a positive support system helped her overcome many challenges.

She is preceded in death by her parents: Samuel Jackson and Prodence Macon Jackson and her sister: Pamela Denise Jackson.

Pattsy is survived by her sister: Sondra Jackson Nichols; nephews: Cameron Nichols, Tyree Nichols, and brother-in-law: Tyrone Nichols. She is also survived by many relatives, friends and co-workers.    Pattsy will be greatly missed.

Walk thru viewing will be held at the funeral home on Thursday; September 3, 2020 from 6 until 8.

Masks are required at all services.

Service will be live on Gregory Funeral Service Facebook page and Queen of the Apostles Roman Catholic Church website at 12 noon.

In lieu of flowers, donations can be made to National Kidney Foundation in the name of Pattsy Jackson.