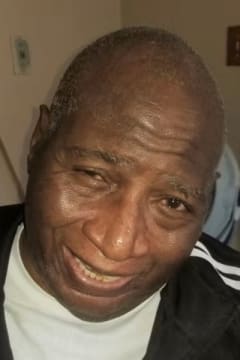 William Robert Hardin “Booty” , age 70, was born to the late Lola Mae Hardin and Roger Hardin, Sr. in the old Gastonia Negro Hospital in North Carolina on September 21, 1950. He died quietly at home in Charlotte, NC on November 12, 2020.

For the first 18 years of his life, Robert lived in Gastonia and Dallas, NC. He graduated from Highland High School in Gastonia and moved to Charlotte after graduation. He immediately started his career as a bus driver for the city of Charlotte and served the city as a bus driver for 40 years. In addition to his city employment, he also worked for 15 years as a part time terminal bus driver at the Charlotte International Airport. He worked a third job at Mann Travel for 15 years as a Group Travel Coordinator. He enjoyed putting together travel packages for clients, friends, family and corporate customers. He briefly attended Central Piedmont College. Robert was committed to his work and received many favorable comments for a job well done. Robert accepted the Lord through baptism at Friendship Baptist Church in Gastonia and toward the end of his life, often exchanged Bible verses with family members. He was blessed to enjoy many hobbies in his life to include motorcycles, traveling, and ceramics. He was active in civic organizations where he achieved the rank of 33rd degree Mason as well as a committed Elk.

Robert leaves behind five wonderful children: Dennis Hardin of Gastonia, Antoine Calloway of Charlotte, Trent Parks of Charlotte, Audrey Plubee White of Charlotte and William Robert Hardin, Jr. of Charlotte. In addition to his children, Robert is survived by the following: brothers: Roger Hardin, Jr (Odessa) and Tony Hardin both of Gastonia; sisters: Evelyn Degree of Kings Mountain, Vera Holmes (Walter) of Davidson, Marie Kendrick of Gastonia, Lola Mae Adams (Charlie) of Gastonia; Hattie Burris (Sam) of Gastonia and Loretta Jackson of Dallas and his aunt Ruby Friday of Gastonia and his entire host of grandchildren, nieces, nephews and cousins.