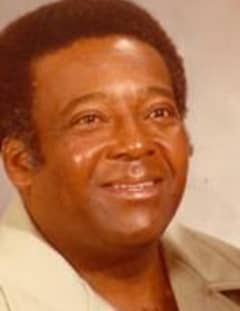 As a child Arthur was called Little Man which reflected his childhood character. As he grew older his character took on other names such as Big Daddy when riding with the Dirty Dozen Motorcycle Club. He was also called Big Man by his cousin, Aaron Jordan.

At the age of 16, he left Booker T. Washington High School and joined the United States Marine Corps. He served his country for 3 years. While in the military he met his childhood friend, Annie Williams. During their relationship, his only child Yvonne was born. Yvonne married Johnny Allison, Sr. and they blessed Arthur with two grandsons, Johnny and James.

His grandson James Allison, and son-in-law Johnny Allison, Sr. preceded him in death.

Arthur never married, but enjoyed his life to the fullest. He retired from the City of Atlanta Sanitation Department. Arthur continued to do the things that he loved. Such as swimming, playing tennis, and socializing with his friends. His passion for swimming and tennis led him to teach his grandsons and anyone else who showed a desire to learn. As his health began to fail, and he could no longer be active he was content with having a good old time with his friends.

He leaves to cherish his memory his loving daughter, Rev. Yvonne Allison; his grandson, Johnny Allison, Jr.; six great grandchildren; the Marine Corps; former co-workers with the City of Atlanta, and a host of other relatives and friends who loved him dearly.

Send flowers to the service of Arthur L. Travis