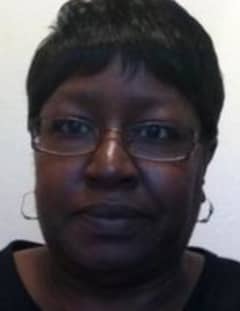 Barbara Ann Nunn was born on October 26, 1953 in Atlanta, Georgia to Flora Thomas Nunn and Edgar Nunn, Sr. Barbara was the youngest of three children.

A Time to Grow: Barbara Nunn attended and graduat from Murphy High School in Atlant Georgia and took courses at a loc technical college while beginning h career in the insurance industry; movi up from mail clerk to claims manager.

A Time to Serve: Barbara married Willie Jackson and they became parents to Willesha Jackson and Antwoine Jackson. She also became an avid member of Victory Baptist Church in Stone Mountain, Georgia where she served by gracing God with her melodies in the choir.

She truly loved her career in insurance where many people not only impacted her life but she impacted theirs.

A Time to End: After moving to Florida, Barbara touched so many lives of the people she met. She loved and cared for her family with her kindred spirit and soul. On October 11, 2013, God needed an angel and called upon that angel to be Barbara Ann Jackson.

Send flowers to the service of Barbara Ann Jackson