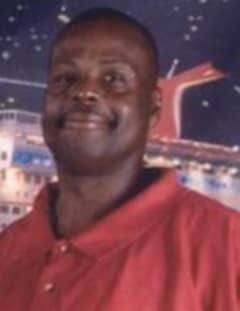 Mr. Bernard Williams, was born on July 23, 1964 to Mrs. Mary Louise Williams and the late Mr. Roger Williams in Atlanta, GA. Bernard accepted Christ as his Savior and at an early age joined Shy Temple CME Church under the leadership of Rev. Jerry Poole. Being a very active participant serving in various capacities throughout the church he was the President of the CYF and a member of the Youth Choir, to name a few. Bernard had an unwavering faith that was an inspiration to others working diligently serving the purpose God placed in his heart here on earth. Doing so, he continued to serve faithfully as a dedicated Adult Choir member and Usher Board member; He continued to have a can do attitude serving on the Usher Board when called upon despite being in a wheelchair until the very end. He was a graduate of Columbia high School class of 1983. He furthered his education and earned an Associates Degree in Business from Phillips College, Atlanta, GA in 1988. Early in his career, he was employed by the Kroger Company and Atlanta Public Schools. Bernard made a career change and obtained his CDL license and later worked for the City of Atlanta and DeKalb County Public Works Department until he became disabled in 2007. Bernard truly loved his family and friends. Everyone that knew him was well aware that he was an ambitious, dedicated, hardworking person who loved people and never met a stranger. On June 6, 2012, Bernard departed this earthly life and entered into eternal rest. He was preceded in death by his father, Roger Williams. He leaves to cherish his precious memories a loving and devoted mother, Mrs. Mary Louise Williams; siblings, Mrs. Sheila (Keith) Turner, Mr. Vernard Williams and Ms. Nefretiria Williams, all of Atlanta, GA. Four nephews, Angelo Sheppard, Broderick Turner, Dontarius Williams and Vertavious Williams; niece Valencia Williams; devoted friend, Helen Johnson, and many loved sand cherished aunts, uncles, cousins and friends.

Send flowers to the service of Bernard Williams