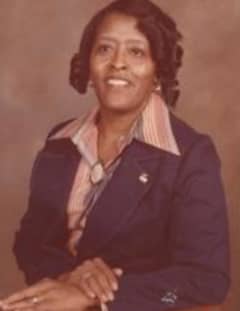 A native of Laurens County, Mrs. Hunt was the daughter of the late Felton and Daisy Beard. She was a long time member of Spring Hill Baptist Church and at times attended the First African Baptist Church with her children. Mrs. Hunt died quietly in her home with her son and cousin on Thursday, November 1, 2012.

Mrs. Doreatha Beard-Hunt was born November 28, 1927 in Dublin, Georgia, to the late Felton and Daisy Beard. She was united in holy matrimony on February 5, 1947 to Jasper Hunt, Jr. To this union, five children were born, Carl, Judieth, Brenda, Calvin and Pamela. She answered the call of her Heavenly Father on Thursday, November 1, 2012 with her son and cousin at her side. Doreatha completed her elementary and high school education in the Laurens County and Dublin Public School Systems. After graduation she became a homemaker, sewing for her children and caring for her mother until her death in 1955. Doreatha received Christ at an early age at Spring Hill Baptist Church where she developed her love for the Lord, a love that sustained her throughout her life. During her young days she served as an usher for Spring Hill Baptist Church. During the years she worked several different jobs however, in 1964 she interviewed with the Shamrock of Dublin, LTD. She was hired as the first black seamstress, a job she loved and gave 25 years of her life to educate her children. Mrs. Hunt was preceded in death by her husband, Jasper Hunt, Jr., and three brothers, Cornelius Bennie Beard, Tennyson Beard and Leo Beard. She leaves to cherish her precious and loving memories, sons, Carol Hunt and Calvin Hunt; daughters, Judieth Hunt, Brenda (Rudolph) Liggins, Pamela (Winston) Moore; seven grandchildren, Carla, Rudolph, Chandra, Kayle, Derrick, Sharnise and David. Two brothers, Tommie Lee Beard of Dublin and Ralph (Doris) Beard of Macon; two sisters, Rheba B. Bryant of Macon and Piccola B. Anderson of Orlando, FL; five sisters-in-law, Mrs. Altea Beard and Ruby Beard of Dublin, Mrs. Virginia Sams-Crimes of Jacksonville, FL, Mrs. Theresa Cofer and Mrs. Alean Johnson, both of Oakland, CA; special cousin, Tressie ONeal; several nieces, nephews, cousins, other relatives and friends.

Send flowers to the service of Doreatha Elizabeth Beard Hunt