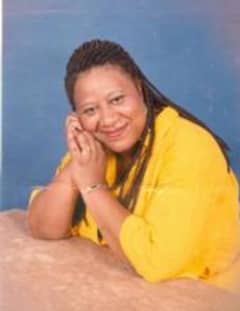 Mickey, as she was affectionately known, grew up in Aiken, South Carolina. She graduated from Martha Schofield High School in 1966 and later attended Job Corps in Omaha, Nebraska.

Mickey worked various jobs in the financial intuitions in New York. She served as a Travelers Checks Sales Agent for Barclays Bank International. She relocated from New York in March of 1989 to Atlanta, Georgia where she continued her employment as a banker with Citizens Trust Bank for seven years. While working at the bank, she met the man who would later become the love of her life, Mr. Joseph Montgomery, Jr. After dating for a 2 years, they were united in Holy Matrimony on December 7, 1991.

Mickey also was employed as a courtesy officer at Maloof Auditorium and at various other locations throughout the Metro Atlanta area.

Mickey loved music and being in the company of family and friends where she enjoyed cooking out and her signature drink. She always encouraged her family to remain in contact with each other. One of Mickeys favorite past times was shopping from the home television network channels.

Send flowers to the service of Elizabeth Montgomery