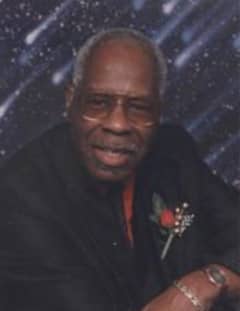 Mr. Emmett Eugene Tolbert was born in Atlanta, GA on May 31, 1944 to the late Mr. and Mrs. Johnnie Tolbert, born 15 minutes behind his twin sister Alice. Emmett joined Bethany Baptist Church at an early age and served in many organizations. Later in life he joined Mathalama AME Church, where he served on Usher Board #1 and sang in the male chorus. Emmett was a faithful servant until his health began to fail. Emmett graduated from L. J. Price High School in 1962. He began his college education at Albany State. It was interrupted when he was later drafted into the US Army in 1964, where he spent 5 years. He returned to college and received his Bachelors degree in Sociology in 1968. He went on to receive his Masters degree in Early Childhood Education from Georgia State University. Emmett loved working with children and dedicated 34 years of his life to nurturing, supporting, and educating children and young adults in Atlanta. On July 21, 1978 Emmett married his true love Anita Mae Andrews. To that union, there were three children, Marlo (Kimberly) Malone, Carlo (Angela) Malone, and April (Bernard) Malone-Moore. He also helped with his seven grandchildren, Rosteisha, Cardell, Carmarion, Carlo, Reaghan, and Angel Malone and Jeremiah Hayes. He also adopted two grandchildren, Gregory and Reginald Vaughn. Emmett also has two great granddaughters, Jazarah and Jakhia Malone. All of whom survived him. Emmett is also survived by his three brothers, Robert (Louise), Charles (Frances), Ernest (Shirley), two sisters, Alice Patillo (James) and Betty. He has a host of nieces, nephews, sister-in-laws, brother-in-laws, and other family and friends. Emmett was loved by everyone and known for being soft spoken, caring and giving. He will be deeply missed by all who knew and loved him.

Send flowers to the service of Emmett Eugene Tolbert