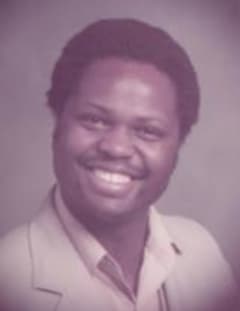 Mr. Jimmy Lewis Mosley blessed us with his presence on January 16th, 1959 as the youngest of six siblings born to Eddie Mae and William Sonny Mosley, Jr. in Scottdale, Georgia. Being the youngest, he fought aggressively to compete with his other siblings as he always wanted be on equal footing with everyone else. It did not matter that the others were much older. He felt he had to do as the rest of them and this made him a competitor. Being a competitor made him competent and competency made him exceptional with whatever he pursued. Jay passed away Monday, October 29, 2012. Jay attended Avondale High School. Shortly afterwards; he joined the Army, receiving a honorable discharge. His talent was repairing cars. He attended DeKalb Technical College, became a Master Mechanic Technician and specialized in Management. He practiced his skills for 35 years. He voted for the very first time in the 2012 Presidential elections. His promise never to vote for a Non-African American became a reality. We are so proud that his vote counted! He was preceded in death by his brother, Bernard Mosley. He leaves to cherish his memory his son, Jarrell Mosley; his companion, Paula McPhail-Mosley; three brothers, David Sr., Eddie, Willis; one sister, Vivian Farrington; extended family, Ashley and Justin Worles; and a host of other relatives and friends who will miss his spirited fun loving presence. Jay was loved by his family and friends who mourn his passing. May God speed his journey homeward.

Send flowers to the service of Jimmy Lewis "Jay" Mosley