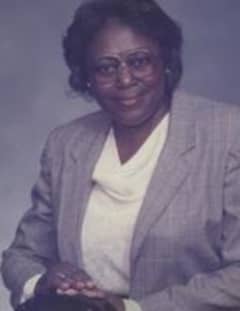 Juanita worked for the United States Navy for many years in Ohio and Georgia before retiring from the federal government. Following her initial retirement she was employed with the American Red Cross. In addition, Juanita was employed by Emory University Hospital Midtown (Crawford-Long) as a greeter in guest services.

Prior to becoming ill, Juanita served as a volunteer greeter for DeKalb Medical Center Hillandale.

Juanita became a member of Saint Philip A.M.E. Church in the early 1980s. While serving at Saint Philip, she was a class leader and member of the Rozell Wright and John Pitts Usher Boards. She also participated in the Adult Ministry.

Juanita will be remembered as a loving mother and outstanding grandmother. Those who are left to cherish her memory is her loving daughter, Michelle Smith-Carter; two grandsons, Octavius DeMon Carter and Julian James Carter; two sisters, Maxine (Ezelle) Graham and Edith Lewis; one brother, Willie (Carole) Jackson; and a host of nieces, nephews, cousins, other relatives and friends.

She was deeply loved by her friends, co-workers and church family and will be greatly missed.

Send flowers to the service of Juanita Mary Jackson Smith