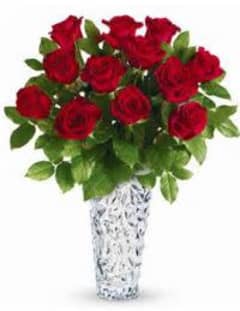 The Celebration of Life for Louise E. Goldson of Decatur will be 11:00 a.m. Tuesday, March 5, 2013 at St. Philip A.M.E. Church, 240 Candler Road, SE. The Rev. Dr. William D. Watley, senior pastor, eulogist. The Rev. Sylvester D. Patton, III, officiant. Her body will lie instate one hour before the service. A native of Panama and former resident of New York, Louise Goldson, 88, was a committed and energetic participant in the life of St. Philip. Those who cherish her memory include her daughter, Marva Edwards (Rudolph) ; granddaughter, Tahisha Edwards, and great-grandchildren, Isaiah and Isis Borges.

A Time to Begin Louise Evangeline Goldson was the fourth child of the late Maude and John Goldson Sr. Louise was born on December 21, 1924 in Panama where she enjoyed laughing and playing with her siblings: James, John, Gladys and Richard. A Time to Grow As she matured into a beautiful young lady, she joined Gorgas Hospital as a clerk receptionist for the Panama Canal serving for over 24 years. This was also a glorious time in her life as she gave birth to her only child, Marva Edwards in 1945. A Time to Move In 1969, Louise relocated to Queens, New York and then Manhattan, New York to reunite with her daughter; those two were forever inseparable. While in New York, Louise worked for Mercantile Stores, a retail company as an administrative assistant (executive). This is where she further cultivated her love of fashion. Louise also chose to further her education, pursuing and then attaining an Associates in Science degree from LaGuardia Community College in 1979. A Time to Retire After dedicating 20 years to Mercantile Stores, Louise retired in 1990. This retirement afforded her the opportunity to spend more time with family and travel. Her traveling pursuits took her to amazing destinations such as her homeland of Panama, Paris, France, Brazil, and South Africa. She also enjoyed the local attractions in Buloxi, Savannah, Birmingham and Orlando. In 1995, when her daughter relocated to Georgia, Louise also moved to Georgia where she continued to be a staple in the Edwards home. While living in Georgia, she quickly adjusted and found a great church home, St. Philip A.M.E. Church, where she developed deep friendships, joined church committees and stayed active. She was always on the move, shopping, creating works of art, enjoying great fellowship, spending time with her family and offering words of wisdom and insight. A Time to Say Goodbye Louise Goldson touched so many lives through her art, smiles, laughter and generosity. On February 24, 2013, she joined her heavenly father. She will be dearly missed and cherished by her daughter, Marva Edwards; son-in-law, Rudolph Edwards; granddaughter, Tahisha Edwards; great-grandchildren, Isaiah and Isis Borges; sister, Gladys Waite; brother, Richard Goldson; nieces, Sonia, Andrea, Xenia , Edwina, Nilsa, Yvette, Gigi, Suzette, Amelia, and Evelia; nephews, Nando , Onnajay, and Erasmo; great-nieces, greatnephews, cousins, caring friends and neighbors. Don't look for obscure formulas or mystery in my work. It is pure joy that I offer you. Look at my sculptures until you see them. Those closest to God have seen them. Unbossed and Unbought  Hosea Williams, best said by Louise Goldson

Send flowers to the service of Louise E. Goldson