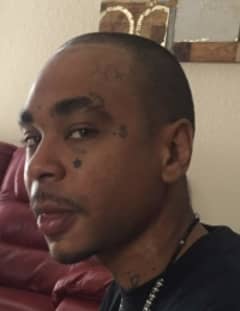 Descend from the Heavens to Earth the year that began the Indigo's. Indigo children are Wlique spirits from the Universe that manifested beings with intelligent connection to the Universe. Chadler's spirit was born August 26th, 1985.

Chadler lived a remarkable life here on Earth. As a child, his innocence so pure was called upon by The Most High to care for others and to understand and share the teachings of the Holy Bible. This calling continued into hi s life as he was led to the teachings of The Black Hebrew Israelites; to be a Light Bearer to empower Black people of America (The Moors) and to empower all the Children of the Lost Tribes of Israel. He stood and fought for his people as a activist for Black Rights and the Rights of All. He began to find peace and balance through the teachings of Shen Ku, translated "the Pure Traveler", which taught man to fortifY ones spiritual and physical being to prepare for any occurrence here on Earth. His love for YAHWEH and his quest for deeper connection to the Universe allowed Chadler to understand and adapt the ancient teachings ofKemetism, Hinduism, Buddhism, Sikhism, Islam, Masonic Order, Catholicism, and the Tao- which has deep connection to hi s lineage from The Chou (Chow) Dynasty whom were the forebears of Confucius. He took on many other teachings and modalities of ancient healing through energy healing Qigong and Reiki and Holistic Medicine with natural herbs and tonics. He ran serval free holistic health clinics. A heart filled with love and compassion and a mind filled with knowledge, Chadler dedicated his time to helpin g others, caring for the elders and the children and those less fortunate... no matter the plight of his own life.

Through his spiritual journey and his journey of manhood (the human experience), Chadler faced great adversities and insurmountable challenges that may seem unthinkable to others. Chadler faced death by the age of two and survived as a strong little boy touched by God, then faced with life or death on several other occasions throughout his life. As the world grew more wicked, the influences of such becoming harder to distance and as the plight and livelihood of the Black Man became un-empathically deemed insignificant, Charlier's faith began to weary. In the year of 2013, Chadler fell victim to our Unjust Judicial system and was a pri soner for five years. During the course of his imprisonment, he began to strengthen his faith, return to his beliefs and spirituality and began to heal prisoners through Qigong and Reiki and encouraged others to study the Law of The Universe and spirituality. His determination fueled him to fight the powers within the prison walls to obtain his Master's Degree in Divinity of Religion- work he completed page by page sent through the mail taking him the full five years to accomplish. Upon his release, he sought a grander life for himself and did all that he could to engulf himself in Higher Learning and to help and teach others the same creating a non-profit INC - Informing Neglected Communities. Chadler accomplished to hecome the first felon in the state of California to be placed on the ballot to run Blessed with the gift and talent for music and instruments, he shared his own blessing with people through song and composition. Once known as Young Phate I Yung Phate, (Bearer of one's own destiny in correlation with the supernatural realm) as a musician, he announced his formal transition to his spiritual calling in the year of2010 and took on the celestial name Phate Feng Haung. Named after the immortal creature of Chinese Cosmology that represented beauty, grace, loyalty, and honesty. The Feng-Huang represents all the virtues, calling us to a higher level oflife, filled with justice, peace, prosperity, and faith.

Chadler loved his family dearly. Reaching out in ways to care for those who were sick, help cure aliments, being of love and support and being a mediator of peace to help heal past aggression amongst the families. He honored his parents and elders and greatly loved his siblings. He loved his friends so greatly as well and held fiiendship very dear to his heart. Chadler wanted to establish a new Kingdom here on Earth, on his own land, for his family to Reign under the Law of YAHWEH -which he had inked across his Throat Chakra- "YHWH is EL"meaning YAHWEH is The Most High, The Ultimate, The Supreme. His love for the chi ldren gave him so much happiness and vowed to always allocate opportunity for their future's and be the children of this era are in such great need of. Chadler had an adapted son whom he loves dearly as a mirror of himself and before he left this world, he created a seed of his own, a daughter , whom now is the Heir to his Legacy. All the extended family and the children l ives' he played a vital part in, Chadler held true to the value and importance of family to survive physically and spiritually.

His name held great meaning. Meaning he found out later in his life. Origins from Keltic and Chinese language, Chadler is divided in two part s; Chad is Keltic for Warrior and Ler is Chinese for Happiness, Goodness. Chadler was the Good, Happy Warrior.

Just like the Fung-Huang bird, Chadler is now seen as a symbol of power and prosperity. The Feng-Huang is regarded as a very good omen, signifying the beginning of a new era in history. It is said that "they only appear in lands that are blessed with peace, prosperity, and happiness - they flee to the heavens during times of trouble." His spirit has now Ascended to The Higher Dimen sion to be immortalized as a Spirit Guide to help his people during these troubled and trying times of the Last Days. May we learn from his life here on Earth to value the cultivation of ourselves and seek out the knowledge that will strengthen our beings spiritually, mentally and physically and aid in our surviva l and prosperity. May we see his life as the selfless humble sacrifice to his People through the works and acts he accomplished here on Earth, that like Our Savior YAHOSH UA of Nazareth , The Reigning King of the Heavens. May Chadler be under YAHOSH UA'S rule and now do His work in His favor. May we always hold sacred and dear the Promise of Forgiveness and Everlasting Life through the humble sacrifice of the Only Begotten Son. May YAHWEH lift us O'!J of these troubling times and bless us with peace, happiness and prosperity so Chadler's spirit and grace wi l l once again appear on Our land .

Send flowers to the service of Mr. Chadler Shannon Chow