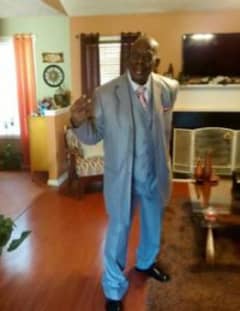 Mr. Charles Edward Taylor passed. Mr. Charles Edward Taylor was born on May 28, 1948. He was the second son of the late Frank Taylor and Lillian Brooks Taylor. Charles was a baby boomer who grew up in Atlanta and often bragged about being a Grady Baby. He was educated in the Atlanta Public School System, graduating from Archer High School in 1966, where he was a member of the sports program, the radio club and other activities. Charles joined the United States Air Force and served as a medical technician during the Vietnam conflict.

After his enlistment, Charles returned home to Atlanta, and continued his education at the Atlanta Technical School and DeKalb Community College with studies in computer programming and accounting.

Charles served in many capacities at Central, including Director of Adult Bible and Sunday School Studies, the parking ministry, and as a volunteer for the Senior Adult Transportation Service. He most recently served as a member of the Senior Usher Board, where he served until his illness prevented his participation.

Send flowers to the service of Mr. Charles Edward Taylor