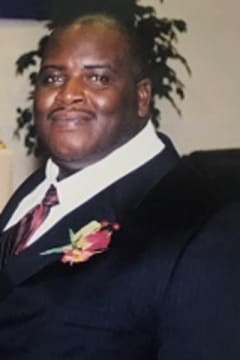 In profound sorrow we announce the passing of Mr. Darrell Harris.

Darrell Orlando Harris was born May29, 1958 to Louise Harris and the late James D. Harris in Montgomery, Alabama. Darrell was 7 when the family moved to Detroit, Michigan in 1965. He and his siblings were enrolled into the Detroit Public Schools. Darrell found GOD at an early age and he joined the Shrine of the Black Madonna in 1975 at the age of 17. It was there that Darrell was given his African name “Aswadi Balogun Bakari Maoungozi”, which means Black Warlord of Noble Promise Blessed by God - a name so fitting to the type of personality he displayed. It was also during that time he joined the Holy Order of the Maccabees who served as the church security, watching over and protecting the leaders and members of the church. Due to his dedication and commitment to the church, Aswadi Balogun Bakari Maoungozi rose quickly to the rank of “Major”. He served his entire life as a Maccabee until his failing health would not allow him to continue physically. However, in his heart he was still Standing Watch and Protecting the ones he loved. “Once a Maccabee, always a Maccabee”. Major Aswadi’s duties as a Maccabee gave him the opportunity to serve in Detroit, Houston, Atlanta and Beulah Land. While serving in Atlanta he met and married his wife Yolanda Mariam McNeil. He loved being a part of something bigger than himself and the Shrine of the Black Madonna allowed him to do just that. In addition to serving as a Maccabee, he loved working with the youth, especially as their Drill Sergeant. He enjoyed singing with the choir/chorus, writing songs/poems and playing the drums. All who knew him loved him and all who loved Major Aswadi knew he had a heart that was bigger than anyone could imagine. He was one of the kindest people you would ever have the pleasure of meeting. His presence was overwhelming, but he had a heart of gold. Darrell was preceded in death by his father James D. Harris, Grandmothers Ora Lee Harris and Julia White, Grandfather Robert White, Uncles Leon Sanders, Bernard Harris, and Reginald Harris; Aunts Edna Struggs and Willie Lee Harris, Sister Antoinette Lee, Brother Ronald Harris and Nephew Charles Lee, Jr. Darrell Orlando Harris aka Major Aswadi Balogun Bakari Maoungozi departed this life Thursday, July 23, 2020. He leaves to cherish his memories, his wife Yolanda McNeil Harris, their 2 daughters Ngozi and Amadiof Houston; mother Louise Harris of Detroit; brothers: Anthony McCaskill, Charles Lee, Sr., and Alexander Harris all of Detroit, MI and James Harris, Jr. of Montgomery, AL; Sisters: Sherron Fisher of Virginia Beach, VA, Victoria Perry of Daphne, AL, and Cynthia Thomas, Alice Steele and Cheryl Collins all of Montgomery, AL; Aunt Elsie Witcher of Montgomery, AL; Uncle Roscoe Harris of Cleveland, OH; Grandchildren Nolan Posey and Kenslie Hargrove; his very special adopted daughter Ndidika Jackson; his Goddaughter Aaquilah Chambers and a host of nephews, nieces, cousins and friends. Grissom-Clark Funeral Home.

Send flowers to the service of Mr. Darrell Harris