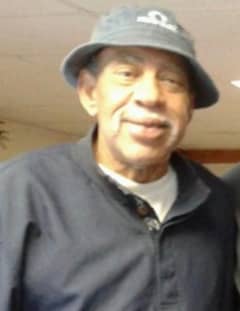 Jimmy Lee Coleman was born on November 26, 1949 in Alberta, Alabama. He was the oldest of 3 boys born to the late Mr. Perry Coleman and Mrs. Bernice Coleman who both preceded him to their heavenly home in 2017 and 1981, respectively. As a young boy growing up in Alberta, Jimmy and his younger brother Robert a.k.a. Bob was baptized together at an early aged and joined the Mt. Sinai Baptist church where their grandmother, mother, aunts and other family members were very active members. Jimmy was very active in the community and very popular among his classmates and peers. He started his education at Alberta Junior High School and later graduated from Wilcox County High School in Millers Ferry, Alabama. While attended both high schools, he was also very sportive and played as a key member on the varsity basketball teams. After completing his high school education, Jimmy begin his college education at Alabama A&M University in Huntsville. However, after one year of attending the university, Jimmy decided earlier that year that the college life just wasn’t for him and told his mother and younger brother that he was not going any further because he wanted to follow his heart and go and make a life in New York City…. And that is exactly what he did, where he lived for many years and was very happy and successful. While living in New York, Jimmy met and developed a special bond and love for Rosa (Bonnie) Smith. After living many years together in the New York area, they both moved to Atlanta, Georgia and in 1988 they decided to join together in holy matrimony where they remained married until his death. After moving to Atlanta, Jimmy again established and lived a very vibrant life. Although he chose not to finish his college education during his early years, with the Grace of God, he was blessed and gifted with a natural intellect that allowed him to secure various jobs and develop many relationships throughout Atlanta and the surrounding areas. In addition to his various work assignments, he traveled throughout the country visiting newly made acquaintances, family and friends. Besides being preceded in death by his father and mother, Jimmy was also preceded by the death of his brother Steven Coleman, step-son Ronny Smith and our dearly beloved sister Jewel Cunningham Joiner. He is survived by his wife Rosa (Bonnie) Coleman of Atlanta, Georgia. His brother Roberto Coleman of Dubai, United Arab Emirates. His brother and wife Alvin & Margaret Coleman of Chesterfield, VA and His sister Denise Coleman of Fitchburg, MA. In addition, four nephews and one niece; Alvin (Dee) Coleman, Gregory Coleman and Stephen Coleman of Chesterfield, Va., Zaylin and Starriana Coleman of Fitchburg, MA….And a host of other nieces, nephews, family members and dear friends. Our Dear Brother Jimmy, you may have transition from your earthly home to your heavenly home and you will truly be missed but always know that you will remain in our hearts forever.

Send flowers to the service of Mr. Jimmy Lee Coleman