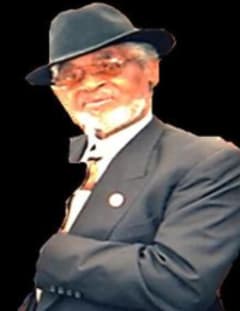 Brother John L. Taylor began his earthly journey on February 28, 1932, in Brownsville, Tennessee, when God seen fit to bless Mr. and Mrs. Thessalonia and Mora Bond Taylor. Brother Taylor attended Brownsville Elementary School and only finished the second grade. At the age of six he worked in the fields.

Being a Roofer by trade, he would always tell his employers that the book had gave you book sense but he had Godly sense. He became a supervisor at General Roofing Company which allowed him to travel extensively, having been awarded contracts from the government. Roofing was his life.

He loved fishing, playing cards, building things and fixing old houses. He loved working in the yard and he wanted everybody to have a good roof and the Atlanta Braves was his favorite team. But most of all, he loved his family and the reunions that they had.

Brother Taylor was joined in marriage to Ms. Anne Clark, who was as devoted to him as he was to her for 48 years. His special memory of this day was dancing with his wife at their reception hosted by The Petros of Vinnings. To this union two families were blended into one.

Send flowers to the service of Mr. John L. Taylor