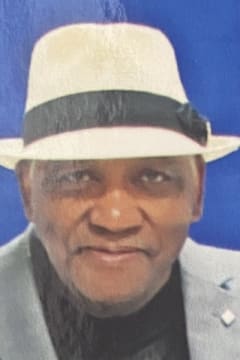 In profound sorrow we announce the passing of Mr. Johnny O. Mitchell, Sr. Celebration of Life will be held Friday July 24, 2020 1:00PM at Grissom-Clark Eastlake Chapel. Viewing will be Friday July 24, 2020 11:00am until the hour of service. Mr. Johnny O. Mitchell, Sr, was born Wednesday, October 11, 1950 in Bronx, New York to the union of Lacy Mitchell and Virginia Faust Mitchell. Johnny spent his early childhood in Harlem, N.Y. & Bronx, N.Y. In his early 20s, he drove a yellow taxi in NYC while attending Bronx Community College. In July of 1976, he married his sweetheart Evelyn Evans Mitchell. Johnny later went on to work security for Izod/Lacoste. In 1985, he went to work for the City of New York’s Department of Transportation as a Peace Officer. The Agency was absorbed under the New York City Police Department and he continued his employment as a Traffic Security Agent until his retirement in 2012. He relocated to Atlanta, Georgia in 2016 and eventually became a member of Central United Methodist Church of Atlanta, Georgia. He resided in Georgia until his time of passing on July 16, 2020 in his home. Johnny was an avid listener of Jazz, Classical and Gospel music. He also enjoyed science fiction tv shows and movies. Johnny was mostly private, sensitive and serious native of Harlem for most of his life. Like most men of the Mitchell clan, he was deeply affectionate and protective of family members. All of this is confirmed by his lifelong interest in photography and more than ample collection of family snapshots. He was always glad to attend family affairs, mingling with most while broadcasting a ready smile or releasing a hard laugh. At the same time, Johnny was a Philosophical and deeply contemplative man who kept up with political currency. His spiritual awareness was without question broadly significant. We, the family, thank all who here remember him fondly while we joyously release him to a greater everlasting life. Johnny O. Mitchell, Sr. leaves behind his only son, Johnny E. Mitchell, Jr. (Shazell); a granddaughter, Natalyah M. Mitchell; a grandson, Jayce C. Mitchell; a step grandson, Devell Mirjah; brothers, Lacy E. Mitchell, Jr. (Rebecca), Benjamin Mitchell and Jamal Mitchell (Marsha)and a host of nieces, nephews, cousins and dear friends.