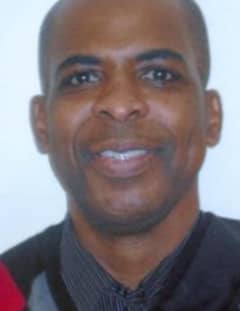 Mr. Joseph Bernard McClain was born April 30, 1964 at Duke HOspital to Harrison and Louise Harris McClain. He departed this life on June 5, 2015 at Emory University Hospital in Atlanta, GA surrounded by family and friends.

He was educated in the Durham Public School system. In 1982 he enlisted in the United States Navy where he received his high school diploma. He was honorably discharged in 1986.

At and early age he joined Friendship House of Prayer Holiness Church.

Joseph was employed by Blue Cross Blue Shield, Duke Hospital, Baby Gap, and Another Tyme Restaurant. He loved to cook and opened his own catering business while in Durham. In 1992, he was offered an opportunity at Macy's Department store in Atlanta, GA. He was a faithful employee until his health related retirement in 2013.

He is proceeded in death by two brothers, Kevin and Cedric McClain.

Send flowers to the service of Mr. Joseph Bernard McClain