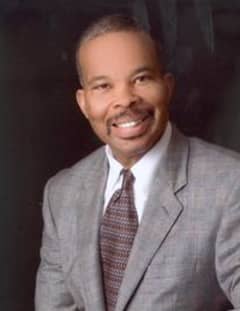 Joseph Wiley Morman was born on February 12, 1958, the firstborn son of Mary L. and Joseph W. Morman Sr. Joe and his younger brother, Eric, grew up in Miami, Florida, raised by their mother and grandmother, Kathryn Jones. They had a strong religious upbringing, and Joe enjoyed sharing stories about the highly talented musicians who directed, played, and sang in his church.

Joe lived in New York from 1989 to 1992, during which time he worked as a Senior Account Officer for Citicorp. In 1992, he moved to Washington, DC to become the Vice President of Corporate Banking at the National Cooperative Bank. For seven years, from 1994- 2001, Joe was the Vice President of Corporate Underwriting for the First Union National Bank in Washington, DC, and subsequently in Atlanta, Georgia. Joe was a team leader and internal consultant overseeing more than $750 million in loans and transactions. From 2001 to 2003, he also served as Senior Vice President and Commercial Lending Manager with responsibility for business development, process improvements, corporate and commercial underwriting review and department management. From 2003-2008 he worked throughout the United States as a National Independent Consultant/Contractor conducting commercial real estate loan analysis and residential real estate due diligence.

In 2008, Joe was diagnosed with a nerve disease. It was a dark time in his life as he lost almost all of his possessions, was confined to a nursing home, and had to re-learn to walk. However, Joe applied the same faith, intellectual prowess, tenacity, and drive that propelled him to the halls of Harvard and Stanford to move beyond limitations and create new, God-anointed possibilities. He later described this as God re-setting his life  moving him away from empty individual achievements and corporate ambitions to a fulfilling, God-, church-, and community-focused life of service. In January 2009, Joe became an Ordained Deacon at the Just like Jesus Christian Church at the Golden Living Nursing Home. Later, with the aid of federal programs  Money Follows the Person and the Independent Care Program  Joe moved from the nursing home to an apartment in the community. But he did not stop there; he became a Precinct Captain for the Obama re-election campaign, and spent time helping job seekers develop resumes and job interviewing skills at the New Life Baptist Church in his neighborhood.

Continuing his love of music, he joined the Voices and Mens Choir at his home church, Central United Methodist. He also participated in the Staff Parish Relations Committee, attended Bible study, and became a dedicated Sunday School teacher. Joe loved worshipping at Central and was richly blessed by his church family in word, song and deed. He greatly looked forward to attending services; indeed, nothing disappointed him more than being unable to attend Sunday morning service.

Joe began a self-advocacy journey in April 2010, when he joined People First of Atlanta, an organization that advocates for the rights of people with disabilities. People First provided a supportive environment that helped him regain confidence and provided a venue for his skills and talents. In the ensuing years, Joe was elected Vice President and the President of People First, spearheading discussions with the City of Atlanta on compliance with the American with Disabilities Act, and testifying at the House Appropriations Sub-Committee for Health Joe was very content with his life. He had a powerful testimony, and a passion to promote self-determination, and strengthen his community. But more than anything else, he had a strong, growing relationship with God.

Joe is survived by his sister-in-law, Kelly Fields Morman, his nephew, Marcus Morman, cousins in New Jersey and Florida, and friends from coast to coast, and abroad. 404-393-3191 www.grissom-clarkfh.com.