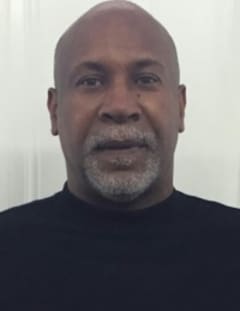 The loveable, passionate Leon Gray trans itioned to be with the Lord on January 10, 2019 in Stone Mountain, Georgia. He was born to the late Clyde Gray an d Bernice Miller Gray on August 4, 1957 in Louisville, Alabama. He was the youngest of five children and grew to be a leader at work, home, and in his local ch urch. His passions centered around faith, family, finan ces, and farming. Leon's parent s instilled the importance of faith in him, and he accepted Christ at an early age at his home church, Zion Chapel Baptist Church in Louisville, Alabama. Faith would become a theme that shaped the direction of his life and the lives of many others he would encounter over the years. Growing up on the fam ily farm taught Leon the value of sacrifice and hard work. It also gave him an appreciation for farming, which was one of his passions unti l his health declined. Leon was a proud alumnu s of Tuskegee Institute, "the mothership ", as he fondly referred to it. He would happily give anyone who would listen a not-so-quick lesson on the history and heritage of his beloved alma mater. After graduating on Mother's Day in 1979 with his bachelor's degree in accounting, he went to work the very n ext day as a staff accountant for a telecommunication s company in Atlanta, Georgia, now known as Nokia. There he served in various capacities until he retired in November of 2018, six months shy of 40 years of service. During his tenure, he formed friendships and bond s with coworkers that would last a lifetime.

In his search for a church home in Atlanta, he became enamored with the loving fellowship at Saint Philip AME Church, where he served faithfully from 1981 until his passing. The spiritual foundation laid in his youth propelled him into a life of dedication to serve in several ministries at Saint Philip. He was a proud member of Choir #1, which is where he met his devoted wife Terri in 1988. They served in various ministries together from 1990 until the Lord called him home.

His love for the Word of God led him to take a prominent role in Church School where he served a term as assistant superintendent and taught th e Richard Allen and Louise Flournoy Sunday School Classes at different tim es over a period of25 years. It was com m on for him to spend many week nights preparing for his Sunday School lesson whether he was teaching or not. In 2004, Leon's passion for faith and finan ces was merged together when he was introduced to Crown Finan cial Ministries, a ministry founded on teaching people how to h andle finances accord i ng to God's principles. He and Terri became Crown facilitators and led classes for over 12 years.

His passion for faith and finances also helped launch a non -profit he co-founded with friends in 2015 called Uplift To Financial Freedom, In c. Th e vision for this non-profit was to educate and train those in econ om ically challenged communities how to better manage financial resources u sing various financial principles.

In Leon's words, "we (Uplift) are committed to spread ing our message, since we are convinced that financial bondage is one of the great strongholds that plague far too many in our society." Since its inception, he has been an active contributor and advocate, serving as Vice Chair, Treasurer, and on the Board of Directors.

Send flowers to the service of Mr. Leon Gray