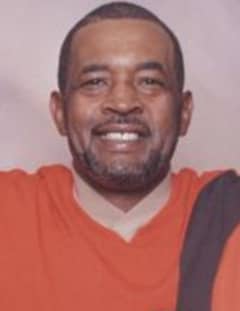 Luther, Jr. faithfully studied the Bible and loved the Lord and exemplified Christ-like principles of love, mutual respect, responsibility, justice and covenant! He graduated from Harlan High School. Luther, Jr. furthered his education at Prairco State College, and received his CDL certification. His career began in CDL driving and he was later employed with ASIG.

January 1977, Luther was united in holy matrimony to the late Debra E. Parker Chambers. To this union four beautiful children were born Lucresha, the late Luther III, Shamel and Kalila whom he loved all very dearly.

Luther Jr. was honest, genuine, real and too cool, requesting to bite his tongue as he spoke whatever was on his mind. He showed love to everyone, if only just to call and wish you a happy birthday. He displayed a laid back and mild mannered demeanor, the strong influence of southern upbringing reflected where true southern hospitality was displayed in his love for a good time with family, friends, music, plenty to drink and good food, especially ham and rib tips. You would often find him relaxing in front of the television, watching his sports.

Luther, Jr. was a strong man with strength and courage, so full of life, his smile would light up the room. He loved to listening to his music and being with his family.

On April 24, 2013, Luther peacefully made his transition. He leaves to cherish a rich legacy of love and fond memories to his daughters, Lucresha Chambers (Lutron) Knox, Shamel Chambers and Kalila Chambers; his sisters, Rose Brown and Beverly (Raymond) Barnett; his brothers, Donnie (Gwendolyn) Chambers and Antonio Chambers; two grandsons, Lutron Maurice and Lyndon; mother-in-law, Barbara Parker and a host of nieces, nephews, cousins, other relatives and friends.

Send flowers to the service of Mr. Luther Chambers, Jr.